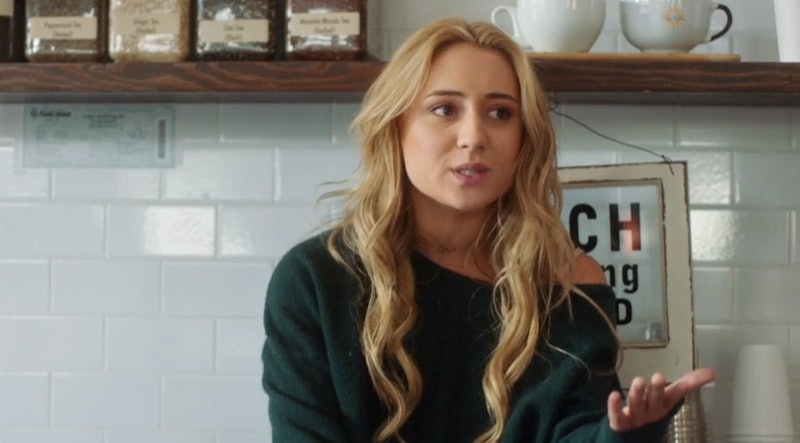 There are a ton of downsides to internet fame: dealing with harsh comments, obsessing over every post and picture...and if you happen to be starring in a Lifetime movie, the chance that a stalker will make your life miserable. The network's latest film, Instakiller, isn't based on a true story, but it does lean into the very real social media culture of present day, exploring what happens when an overnight celebrity gains a dangerous fan.

Per Lifetime’s website, Layla is concerned when her teenage daughter Harper quickly gains internet fame and attention. Her motherly instincts prove to be correct when she discovers that a dangerous killer is stalking Harper and hurting anyone who gets in his way. Now, it's up to Layla to save her daughter's life by bringing this psychopath to justice.

It honestly doesn't sound too far-fetched after countless cases of celebrities and media personalities being stalked by delusional followers. But leave it to Lifetime to add a healthy heap of drama and unexpected twists to keep fans guessing until the deadly end.

In Instakiller's trailer, Harper is thrilled by her rapidly rising Instapic follower count. Layla warns her that it's not safe to disclose personal information to thousands of strangers but, in typical teenage fashion, Harper ignores her mother's warnings. Harper's bestie Monica notices that one follower is acting creepy and warns Harper that there is nothing cool about having a stalker fan. Of course, the Instapic influencer still insists that it's all good and says she will keep posting because her social media account is her life.

Meanwhile, Harper's unidentified stalker is walking around in broad daylight with an abundance of black clothes, shades, and a scarf over his mouth. Seriously, how does no one ever notice the killer hiding in plain sight in the middle of the day?! He is literally standing in the middle of the street while taking creepy photos of Harper and Monica as they walk home from school.

Mr. Killer later knocks out a boy who is presumably interested in Harper and grabs her before the trailer abruptly ends. Well, that's one way to spark up some intrigue. This plot seems like it's straight from the headlines, but thankfully it's purely for entertainment and possibly a warning message for those who overshare on the 'gram.

It will be interesting to find out what's going on with the killer, especially since the trailer doesn't feature his face or voice. Does he have a history of stalking and killing internet stars or is Harper his first victim? How much does he know about Harper's life and family? And, how did Harper's mother discover the truth about this crazed fan?

Did she notice him commenting online and then went to do some investigating? How will she stop him from hurting anyone else? Why are the police absolutely useless in every single Lifetime movie? The world may never know the answer to that last question, but at least fans will find out what happens to Harper when Instakiller debuts on Feb. 22 at 8 p.m. ET.

More like this
Everything To Know About The HBO Max & Discovery+ Streaming Service Merger
By Brad Witter
In Rap Sh!t, Social Media Has Main Character Energy
By Aramide Tinubu
Kourtney Kardashian Shares New Photos From Her & Travis' Courthouse Wedding
By Bustle Editors
Watch The Trailer For Netflix’s Edgy New Comedy 'FAKES'
By Brad Witter
Get Even More From Bustle — Sign Up For The Newsletter