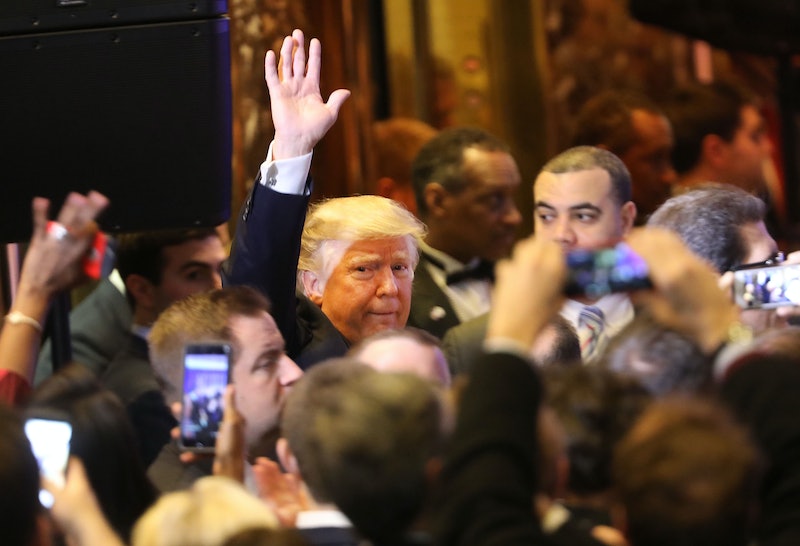 On Monday, news emerged that Donald Trump allegedly disclosed highly classified information to the Russian ambassador and foreign minister during a meeting at the White House last week (the White House, via multiple national security advisers, has denied these claims). While the notion of a U.S. president sharing classified information with a foreign entity is certainly disconcerting, many are likely wondering whether it is, indeed, illegal. As it turns out, it is illegal for pretty much anyone besides the president to share classified information with a foreign entity, though it should still be considered highly reckless in this alleged case.

Thus, President Trump's alleged decision to share classified information with Russia (a country that the United States, by the way, does not consider an ally) is considered risky both because of the nature of the U.S.-Russia relationship and because it puts the source from which the information emanated at risk. However, while risky, Trump's revelation is likely not illegal. Though it would be illegal for almost anyone to share classified information with a foreign entity, U.S. presidents are technically allowed to "declassify" almost any information, and have broad powers to do so.

If Trump were a civilian or other government official (aka anyone but the president), he could be charged with a crime and imprisoned for sharing classified information. As Bloomberg reported, U.S. federal law, 18 U.S. Code Section 798, to be exact, prohibits the sharing of classified information. The law states that it is a "federal crime to communicate 'classified information' to an 'unauthorized person.'" It cites the penalty for disclosure as a fine, imprisonment, or both.

According to Bloomberg, the law defines classified information as information that has been determined to be classified by a U.S. government agency. It also defines an "unauthorized person" as someone who is not considered authorized by the executive branch of the United States.

Thus, the law seemingly exempts Trump because, as president, he has the power to declassify information as well as authorize individuals. Thus, Trump could merely say that he declassified the information before sharing it with the Russian representatives and then would appear to be exempt from the ramifications cited in the law. Of course, if he were a civilian or other government official, this would absolutely not be the case, as no one else can declassify information carte-blanche.

Overall, while seemingly not illegal, Trump's alleged decision to share classified information with the Russians could have significant implications for the United States, its allies, and its adversaries. It also presents an ironic scenario, given that the president has extensively critiqued of others for mishandling classified information, but yet is now accused of doing so himself. It is clear that Trump and his administration will likely now have to further address the many queries about this situation, as members of Congress (and the public) are clamoring to know more information.