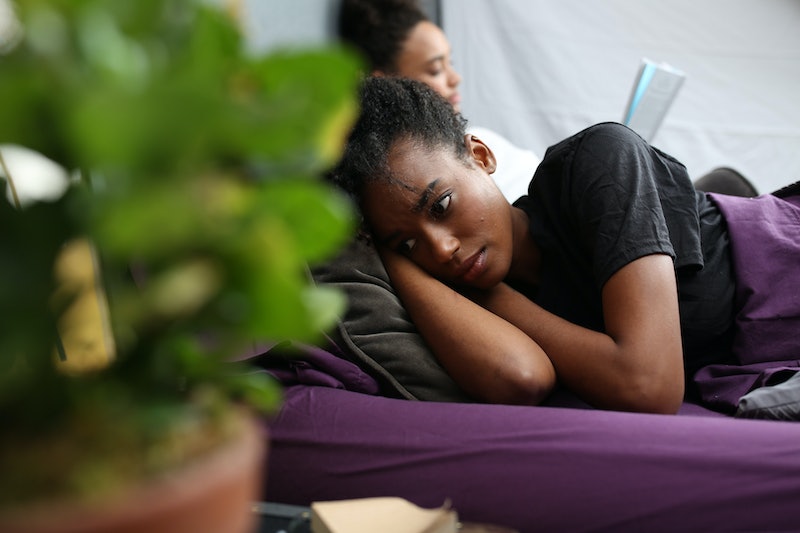 You often hear couples express their commitment with expressions like "I only have eyes for you." But realistically, you're going to be attracted to other people even when you're in a monogamous relationship. Is that ever a problem, and if so, when does it become one?

Being attracted to someone else in of itself isn't a problem — there are no thought police. But it could potentially lead to problems if you're acting on it inappropriately, using it as a substitute for working on your relationship, or letting it consume you. "We are all human beings and being monogamous is hard for the most of us," NYC-based intimacy expert and relationship coach Lia Holmgren tells Bustle. "It’s natural. There are not many species that are monogamous in nature. It’s totally normal to be attracted to someone else. It can be a model, porn star, movie star, or someone you interact with daily, but the question is what you do with that attraction."

Here are some questions to ask yourself to figure out if your attraction to other people crosses the line.