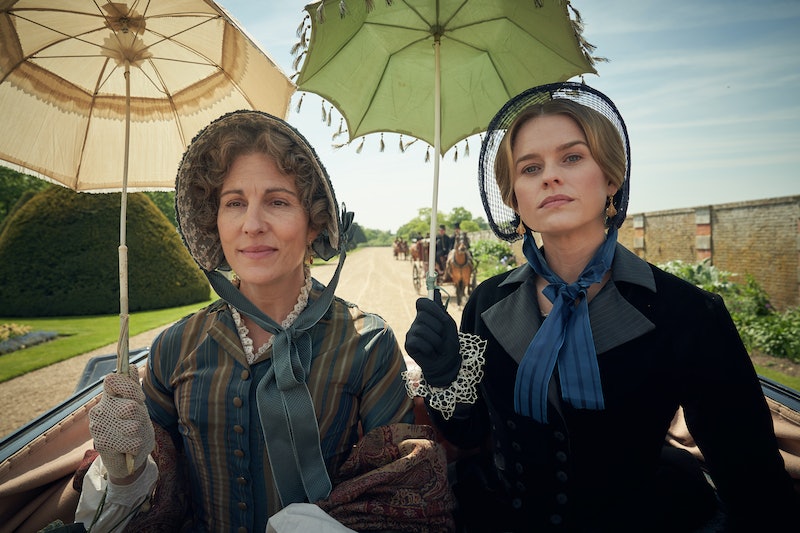 ITV's new drama Belgravia is all about high society London, the industrial boom time of the Victorian period, and conflicts occurring at the time. Written by Julian Fellowes, the man behind Downton Abbey, it looks to be one of ITV's biggest new dramas. You might be wondering whether Belgravia is based on a true story?

The series is based on a novel of the same name by Fellowes and similarly to Downton Abbey, the story is a fictional one. However, just like Downton Abbey it incorporates historical moments and historical figures to really ground the story and characters in a specific time. But where Downton Abbey began with the sinking of the Titanic, Belgravia starts with bubbling tensions between Britain and France.

The initial scenes are set in Brussels On June 15, 1815 when lots of high society British families are staying mere days before the battle of Waterloo. The Trenchard family are attending a ball hosted by the Duchess of Richmond which is cut short by Napoleon's advancing forces. The ball itself did actually happen and was actually cut short. In an interview with US radio station NPR, Fellowes said of the event: "Wellington felt that the sort of spirits of the town were sinking a bit, and he asked the Duchess of Richmond — who was a big pal of his — would she give a ball, and raise the sense that the British were completely confident." He added: "they didn't care, they weren't worried, you know, whatever Napoleon might plan, they were giving a ball." The ball went ahead and, as in Belgravia, the men were called to battle after midnight. Fellowes told NPR, "and those who died, several of them were still in their dress uniforms they'd worn for the ball."

Another important, but considerably more fun, historical fact is the invention of afternoon tea by the Duchess of Bedford who features in the show, hosting the first ever afternoon tea. Executive producer Gareth Neame spoke to History Extra and explained "there's room for only a few bits of historical detail, but just by seeing those you think, 'Who would have thought that the Duchess of Bedford [1783–1857] invented the institution of afternoon tea in the 1840s?'"

The Victorian period was a financial boom for the UK. The Trenchard family's patriarch, James Trenchard, is a self-made businessman who pulled himself up from the ranks as supplier to the army to property mogul. Trenchard basically bankrolls Belgravia alongside architects the Cubbit brothers who, according to History Extra, built a lot of London at the time.

Belgravia is all about the British aristocracy, secrets, and what goes on behind closed doors. AKA, blissful Sunday night entertainment.

More like this
Rupert Grint Just Shared A *Major* Update About Ron Weasley’s Future
By El Hunt
ITV’s New Take On 'Love Island' Is Only For MILFs & DILFs
By Sam Ramsden
Everything To Know About The 'Daisy Jones & The Six' TV Series
By Maxine Harrison and Brad Witter
ITV's 'Maternal' Was Inspired By A Very Simple – & Unanswerable – Question
By Maxine Harrison
Get The Very Best Of Bustle/UK
Sign up for Bustle UK's twice-weekly newsletter, featuring the latest must-watch TV, moving personal stories, and expert advice on the hottest viral buys.