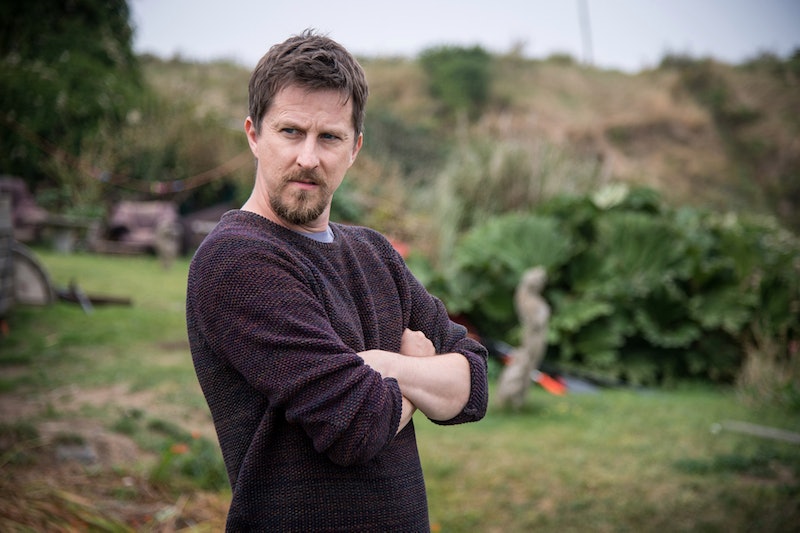 Following in the footsteps of A Mother's Son, ITV have queued up another brilliant "whodunnit?" drama from their vault to air during lockdown. Innocent, a four-episode mini-series, will be re-released on May 4, two years after it originally aired. Featuring an all-star cast, Innocent sees recently acquitted David Collins leave prison after seven years inside for the murder of his wife Tara. Though he protests his innocence, David is still despised family and friends. As you can expect, it's a tense watch, and one that may leave you wondering whether ITV's Innocent is based on a true story?

Surprisingly, no. Although the plot read like a harrowing news story, Innocent isn't inspired by one single event. The series was written by screenwriters Chris Lang and Matt Arlidge, who appear to have drawn inspiration from a number of different real-life situations.

In a 2018 interview with Drama Quarterly, Arlidge said reading news articles about "miscarriages of justice" led them to "think about the impact of those judgments and the consequences for the families involved." He went on:

"If David’s telling the truth, it means there’s a killer out there. There’s someone who’s killed and got away with it, and that’s something we were always interested in exploring. On the one hand, what’s it like to be imprisoned for a crime you didn’t commit? But conversely, if you did commit murder and get away with it and lived with it for eight years, what’s that like?”

It's a harrowing thought but one the writers' explore skilfully in the acclaimed ITV drama. Filmed both in Malahide in Ireland and on the South Downs in England, Innocent stars Lee Ingleby as David and Cold Feet's Hermoine Norris as Alice, the sister of David's late wife. It also stars someone

Now, without sharing any spoilers, Innocent comes to a dramatic and fairly conclusive end, leading some to think the series would be "one-off." However, after the finale in 2018, Lang tweeted: “Very pleasantly surprised to learn today that #Innocent was the most watched new drama across all channels this year. Hmmm. I wonder if we could interest an audience in a completely new #Innocent story? I wonder…”

In 2019, Radio Times confirmed that writers were working on a second series. "While the story of Tara Collins’ murder is over, writer Chris Lang has revealed that he working on another series of Innocent with brand-new characters and a new story," the publication wrote.

Filming for the second series was supposed to start early this year, but it looks like filming will be delayed due to the COVID-10 pandemic. Until then, we at least get to see the first series play out again in 2020.

More like this
'Consent' Is Not Just One Person’s Story, But Hundreds
By Shahed Ezaydi
A New Netflix Doc Will Explore The Unsolved Murder Of Jill Dando
By Sam Ramsden
6 'Happy Valley' Easter Eggs You May Have Missed
By Sophie McEvoy
Claire Foy Spoke Out About 'The Crown's Gender Pay Gap
By Sam Ramsden
Get The Very Best Of Bustle/UK
Sign up for Bustle UK's twice-weekly newsletter, featuring the latest must-watch TV, moving personal stories, and expert advice on the hottest viral buys.