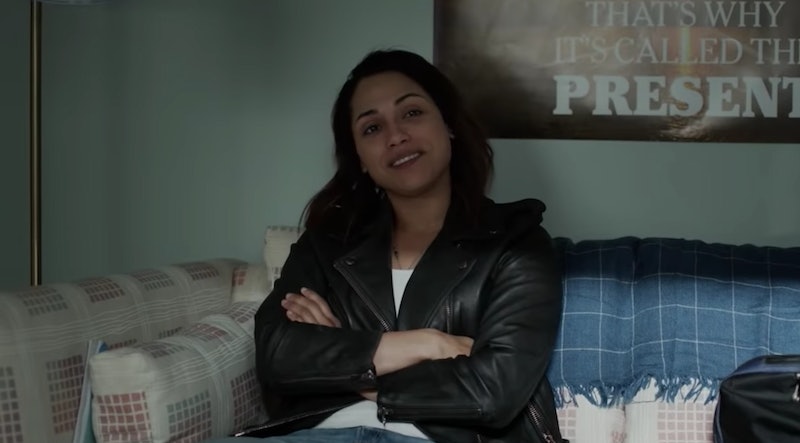 With Hightown, series creator Rebecca Cutter aims to show that salty hard-boiled detectives don't have to all just be men; women can be just as fatally flawed and roguish. She does that through the series' main character, Jackie Quiñones (Monica Raymund), an officer in the National Marine Fisheries Services, a federal organization that oversees fishing operations across the country. And though Hightown's Jackie isn't based on a specific person, some interesting real life experiences have gone into the development of her character and the show itself.

Hightown follows Jackie as she works in and around Provincetown, Massachusetts. At first, Jackie's just happy to coast at work, using her title and badge to score one-night stands with the women who cruise through the LGBTQIA-friendly vacation destination. It's easy living, until the body of an opioid addict washes up at a Cape Cod fishery. Following that discovery, Jackie's suddenly faced with her own addictive behaviors, sending her deep into an emotional spiral.

While there's no evidence suggesting Jackie's character and story are drawn from specific headlines, Cutter — a Massachusetts native herself — has a personal connection to the real-life agency Jackie works for. Speaking with the Cape Cod Times, Cutter shared that her father-in-law worked as a marine-fisheries officer in the exact same position Jackie works. That connection allowed Cutter to create a realistic view of the relationship shared between federal officers and fishers, relationships Hightown's Jackie relies on.

Jackie's struggle to maintain sobriety is something that also parallels Cutter's own life, as she's also sober. She went on to explain, "I wanted to portray that sort of honestly ... and I really do believe in that sort of possibility of transformation," she also told the Cape Cod Times. "I think it’s also really interesting and fun and funny, it also gives you really good fodder for characters. I think every character in the show... is certainly no stranger to the idea of wanting more. I want what I want when I want it, and that’s sort of the hallmark of addiction."

As Raymund tells Eurweb, that gritty nature is what drew her to Jackie in the first place. She said, "She’s edgy, she’s messy. She’s a gritty character and she’s complicated. I just want to get my hands dirty sometimes, and sink my teeth into, not such a straight line in the narrative." She continued, "This narrative has all kinds of twists and turns. You meet all these characters that Jackie interacts with, and through it all, she’s trying to get sober. And so, trying to get sober and beginning the road to recovery is just as compelling as the murder part of the story too."

More like this
'Consent' Is Not Just One Person’s Story, But Hundreds
By Shahed Ezaydi
Melanie Lynskey Plays A “Ruthless Leader” In 'The Last Of Us'
By Brad Witter
The Plane Crash In 'Dear Edward' Is Based On A 2010 Tragedy
By Grace Wehniainen
Alicia Silverstone Revives Her 'Clueless' Character In This Super Bowl Commercial
By Jake Viswanath
Get Even More From Bustle — Sign Up For The Newsletter
From hair trends to relationship advice, our daily newsletter has everything you need to sound like a person who’s on TikTok, even if you aren’t.