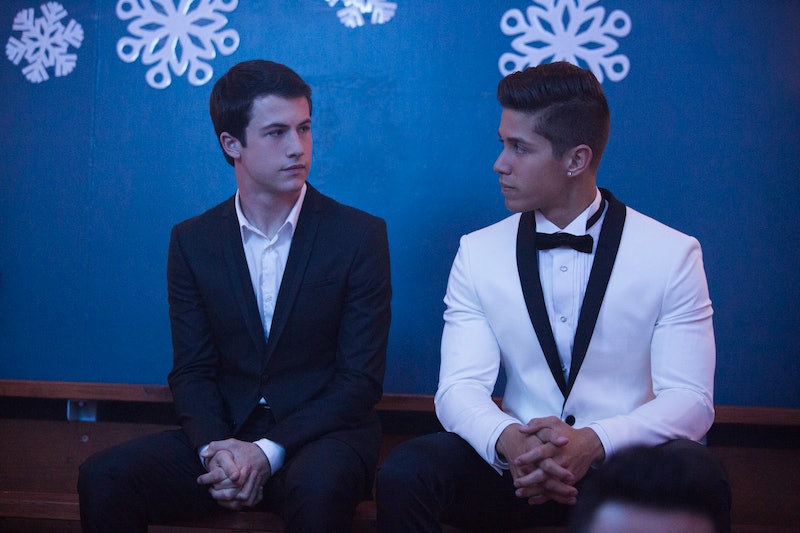 The story of Netflix's 13 Reasons Why expands far beyond that of the original novel, inventing an entire plot that serves as a sequel of sorts to the story of Hannah's tapes told in Jay Asher's book. While much of the plot is new, the main characters — including those mentioned on the tapes — are all pulled directly from the novel, but many of the side characters have been manufactured for the show. One character original to the show that seems to be a crucial figure in Clay's journey with the tapes is Jeff, a friendly jock who helps Clay get out of his shell. But if Jeff isn't in the 13 Reasons Why book, how does Clay muster the confidence to talk to Hannah in the first place?

Jeff's presence in the show is a notable difference from the book, and he's easily the most important non-parent character to be added to the Netflix series. However, Jeff isn't entirely new to the adaptation — part of his role is included in the novel, but in a much smaller way. In the book, he's merely an unnamed student that happens to get caught up in a tragedy related to the actions of someone Hannah used to know. Spoilers for 13 Reasons Why ahead.

Jeff appears throughout the Netflix series, regularly checking in on Clay to try and give him the confidence to be social, go to parties, and not be afraid to dance. In the book, there isn't anyone like that in Clay's life that we know of. The Jeff of the show was created from the unnamed student that is struck dead in a car accident caused by Hannah's friend Jenny (Sheri in the show) knocking over a stop sign. While the death weighs heavy over Hannah, the car accident has little impact on Clay in the book.

However, in the show, Clay is absolutely devastated by the loss of Jeff and is further hurt after learning of Hannah's involvement. In the book, the car crash comes off as a senseless tragedy, but the loss of the character lacks the impact it does in the show. By spending many episodes showing how good-hearted and kind Jeff was, the tragedy of the event is more deeply felt.

Jeff's increased presence in the show doesn't just affect Clay after the accident — Clay as a whole is a little more confident as a result. In the books, Clay is withdrawn, shy, and seems to both envy the high school social scene while avoiding it. He and Hannah tend to run into each other by accident whenever they do meet. In the show, however, Jeff's encouragement leads to Clay reaching out to Hannah more frequently.