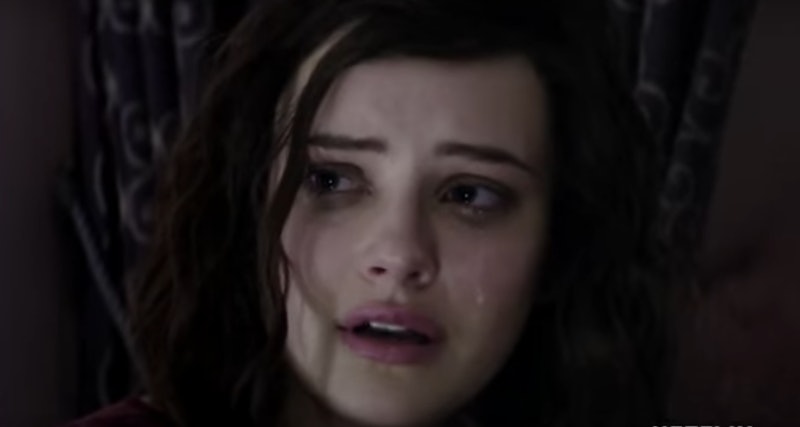 Best start preparing your favorite seat, snacks, and friends now, because the Selena Gomez-produced Netflix show, 13 Reasons Why, is coming to the streaming service very soon. And, from the looks of the trailer, we're probably all going to want to watch it in one compelling sitting. Based on the 2007 best-selling young adult book by Jay Asher, 13 Reasons Why follows the suicide of Hannah Baker and the story of 13 mysterious cassette tapes that she leaves behind, all of which slowly unfurl the tragic reasons, and people she holds responsible, for her death. With teenage suicide remaining such a prevalent and devastating topic in contemporary society, it's understandable that you may be wondering if 13 Reasons Why is based on a true story.

According to a 2009 New York Times article, the book Thirteen Reasons Why was partly inspired by a relative of Asher's, who tried to commit suicide. The actual story itself, however, is a work of fiction, with the same article noting that Asher was inspired to use tape recordings after enjoying a recorded audio guide at an exhibition once — something that he thought was "a really cool format for a book" that he hadn't seen before.

The book Thirteen Reasons Why feels somewhat true to readers, just as I'm sure 13 Reasons Why will with Netflix audiences, because issues of teen suicide (and the reasons that push teenagers to such a tragic outcome) are unfortunately always relevant. If not from their own firsthand experience with the subject, most people know someone, in their own friendship group, school, or community, who has sadly had some kind of an experience with suicide. And when stories confront those issues, they can feel painfully true to life.

In an interview with Entertainment Weekly, Asher described how his story provoked poignant reactions from readers who were dealing with the suicides of loved ones, or were contemplating suicide themselves. He also received a response from a grieving mother who found that the book helped her, "as a mom," realize she had no way of knowing what her son was "dealing with" before he died of suicide. Asher revealed that Thirteen Reasons Why also helped support suicide prevention for teenagers, telling EW,

I’ve heard from teens that read the book when they’re contemplating suicide, and they really pick up on the ways Hannah could have done things differently. They really pick up on who she was pushing away, even if she didn’t know it at the time. ... One of the greatest emails I got was from this 14-year-old girl who was in that position, and said at one point she got so upset at Hannah because she identified with her, because she wanted her to live. At some point, she had to turn it around and say, "Okay, I can’t be upset with her when I’m doing the same thing."

The TV show 13 Reasons Why might be a work of fiction, but that isn't to say that it might not ring true or poignant for viewers in some way. Clearly, Asher's book made a significant impact on the lives of many people who had been forced to tragically face the reality of suicide in some capacity, and I have a strong feeling that this Netflix adaptation might just do the same.

And if that can help to educate about — and prevent — teenage suicides in some way, then it's definitely a show that none of us should miss when it airs on Netflix on March 31.