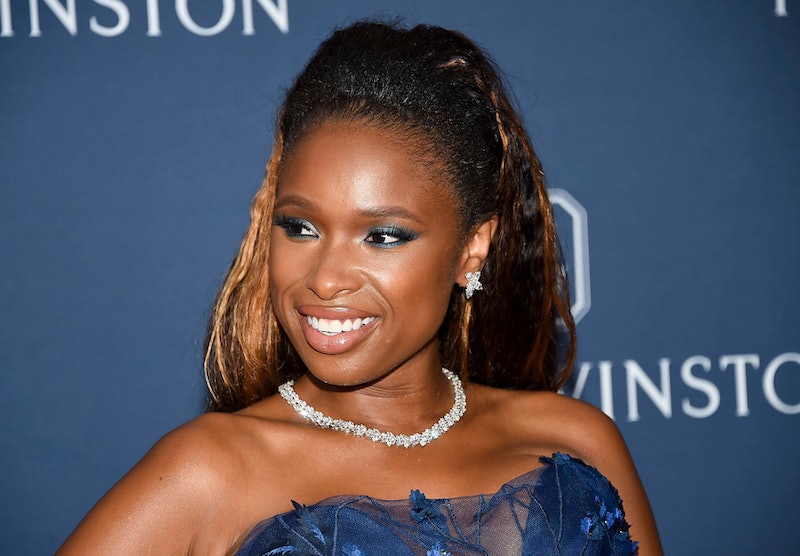 The Voice UK recently kicked off its eighth series on ITV and welcomed back its all-star panel of coaches: Sir Tom Jones, Olly Murs, will.i.am, and Jennifer Hudson, who shot to fame after appearing on the third season of American Idol back in 2004. The singer is now enjoying her third year as a coach on the hit singing-competition series, and fans of the show have begun wondering: is Jennifer Hudson in a relationship?

According to CNN, the Academy-award winner ended a decade-long relationship with her ex-fiancé, professional wrestler David Otunga, back in 2017. The former couple have a son together and, as reported by E! News, the engagement did not end on the best terms.

Since the split with Otunga, there has been little news about Hudson's love life, with the exception of murmurings via blog Hollywood Life about a relationship with her fellowVoice UK coach will.i.am. Bustle has reached out to Hudon's people for comment on this. I will update you if we hear anything.

Hudson was born and raised in Chicago, and signed her first record deal just before appearing as a contestant on American Idol, the Radio Times reports. However, she chose to release herself from the deal in order to participate in the show. And that certainly turned out to be the right decision.

Despite finishing in seventh place on her Idol season, the singer is famous for being one of the show's biggest success stories. In 2007, she won an Oscar for Best Supporting Actress for her stunning portrayal of Effie in the 2006 film Dreamgirls. The singer has been nominated for six Grammys awards, according to the ceremony's official website, and she has won twice (for Best Musical Theatre Album and Best R&B Album). In addition, Hudson performed the U.S. National Anthem, "The Star Spangled Banner," at the 2009 Super Bowl, and even sang for Barack and Michelle Obama during their first dance at the President’s Inauguration Ball. Impressive.

Hudson joined The Voice UK back in 2017, shortly after the competition series moved from it's original BBC home to ITV. When discussing her role on the show, the singer told The Sun:

"I think with the combination of us it will help them to learn a lot so they can make it in the industry. It takes more than just talent, it’s just as much about business," and added "We can teach them that to last and sustain, and know how to be in this game. I think we might actually have more than one star. Stars."

Viewers of the Voice UK were recently blown away after Hudson joined contestant Nicole Dennis on stage for an epic duet. The pair belted out the song "And I’m Telling You," which was famously sung by Hudson in the film adaptation of Dreamgirls. Dennis has previously performed as Hudson's character Effie in the stage version of the film, Metro reports. The 24-year-old Voice hopeful, of course, went on to select Hudson as her coach for the remainder of her time on the season.