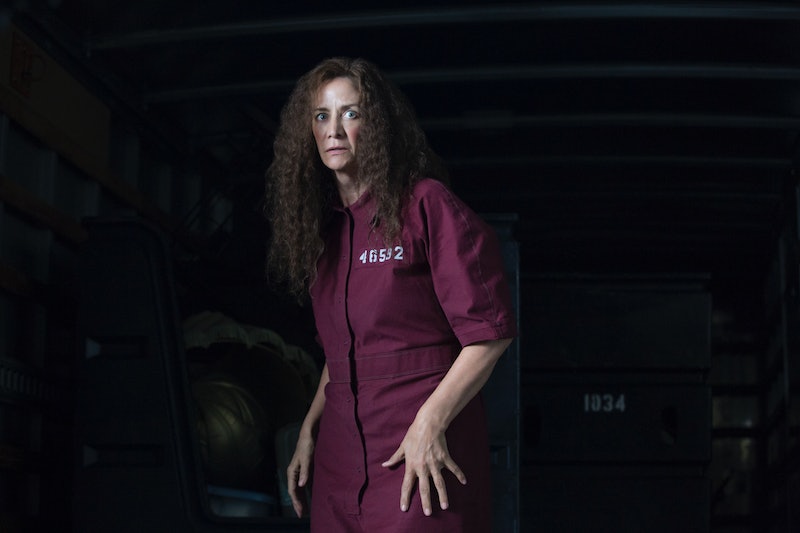 Jessica Jones may believe herself to be alone in the world, but has never lacked for a support system. That said, sometimes family can disappoint you, as she learned in Season 2. Is Alisa Jones really dead on Jessica Jones? Our hero has now lost her mother twice.

Sure seems like she is — and both Jessica and Trish are still grabbling with what happened when Season 3 begins. After Alisa revealed herself to be a superpowered mass murderer, Trish killed her to protect Jessica (and the world) from danger. That ended their friendship, at least for a moment. Like Tony Stark and Star-Lord before her, it's hard for a superhero to forgive the person who killed your mom.

Jessica already lost her parents in the car crash that resulted in her not only going to live with Trish and the Walkers, but the super strength that made her the powered (sometimes) hero she is today. Discovering in Season 2 that her mother not only survived the crash, but was experimented on too, turned tragic as her mother morphed into the season's Big Bad. Jessica reconnected with her mother only to discover that she was not the same anymore, and they couldn't go back to the way things were.

"I thought it was a very nice place to end the character," actor Janet McTeer, who plays Alisa Jones, said in an interview with The Hollywood Reporter in March of 2018. As for a potential return, "I couldn't possibly tell you that," she said. "I don't want to give anything away. I do think the story is done, but I had such a lovely time."

In an interview with Bustle, showrunner Melissa Rosenberg said that they were leaving "all doors open" for Season 3 when asked about Trish and her new powers. While vague "anything can happen" statements like that technically could lead to Jessica's mother being alive, it doesn't really seem to imply that Alisa Jones will return. Even though she was enhanced, neither Jessica nor her mother are invincible.

Besides, it's far more interesting for the story to have Jessica and Trish deal with what happened in Jessica Jones Season 3 rather than erasing it. Jessica made a promise to her dying mother to give a sh*t and be a hero, and that's a major part of the storyline in the final season. How can she stay true to herself and save the day without breaking any laws or hurting anyone? She's trying to go legit now, and combine her powers with her care for others in a way that actually makes a difference. Doing right be her mother's wishes is Jessica's driving force in Season 3, so her mother's death has to mean something.

Having killed Alisa should mean something to Trish, as well. She's a self-defense expert, recently acquired some superpowers of her own, and has fought and shot people before, but Alisa Jones is the first person she actually killed. That's sure to have some aftereffects.

That said, in Season 2 David Tennant did return as Kilgrave in a vision, and Janet McTeer could return in Season 3 as either a vision or a flashback version of Jessica Jones' mother. Maybe we will see her again. Just don't count on her rising from the dead a second time. Even the heightened comic book world of Jessica Jones wouldn't pull something like that.