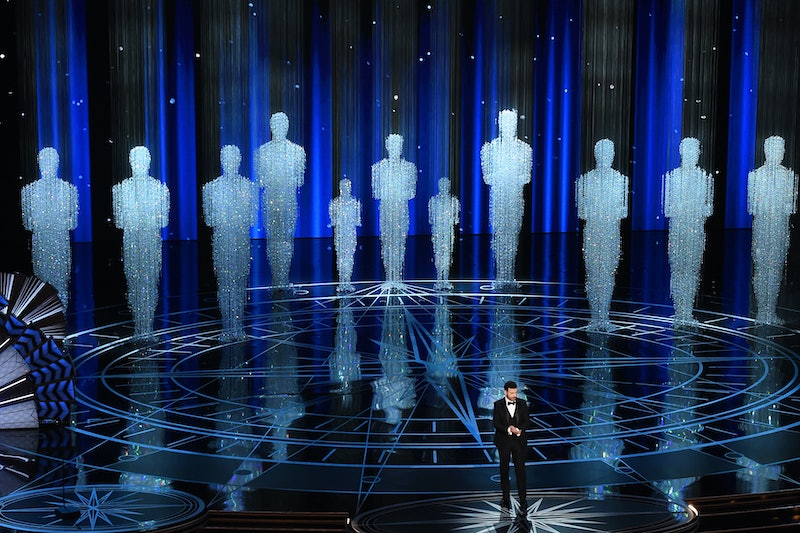 In a night full of pranks and goofs, the most elaborate trick host Jimmy Kimmel tried to pull was by supposedly surprising a group of tourists by bringing them into the Oscars without telling them they were going to the ceremony. But was Jimmy Kimmel's Oscars bus stunt real?

Judging by the reactions of the tourists who entered the ceremony, it all seemed to be real. If it was staged, there's a chance they got actors even better than the Hollywood stars who were nominated that night, because the tourists were as awkward, endearing, and the whole thing went on way too long for it to have been rehearsed. One tourist in particular, Shelly, was featured on-camera, her hands shaking as she tried to take pictures of the celebrities in the room. If Shelly was acting, she was giving a performance that would make Meryl Streep jealous.

All in all, the bit seemed like a resounding success to those in the room, and the tourists who stopped by got to do an impromptu photoshoot with their favorite stars. No one enjoyed the bit more than a humble man named Gary, who got to hold Mahershala Ali's freshly-won Oscar and get a picture taken with the actor himself.

If the bit was all scripted, than Gary earned that Oscar. If not, then Kimmel managed to give that tour bus an experience that they'll likely never forget.

More like this
All The Sneaky Lindsay Lohan Movie Easter Eggs In Her New Ad, Explained
By Stephanie Topacio Long
Anne Hathaway’s ‘The Devil Wears Prada’ Anniversary Post Turned Political
By Brad Witter
You Might Want To Rewatch 'Elvis' For This Britney Spears Easter Egg
By Grace Wehniainen
Everything You Need To Know About The 'Knives Out' Sequel
By Grace Wehniainen
Get Even More From Bustle — Sign Up For The Newsletter