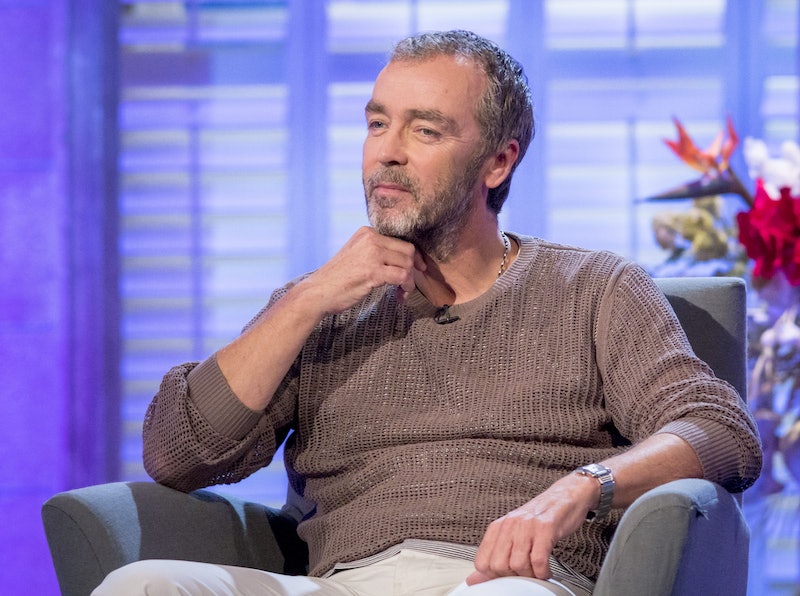 One of Scotland's best known actors, John Hannah's career has gone from strength to strength since he first arrived on our screens. The actor, who you might recognise from his hard-hitting TV dramas, his time treading the boards at the world's finest theatres, or his legendary performance in that scene from Four Weddings And A Funeral. On top of that, the guy is a bit of a silver fox, so I'm sure you guys are wondering, is John Hannah married?

Looks like Hannah wasn't destined for the single market, as, according to an interview he did with the Guardian, he has been married to Danish-British actress Joanna Roth since 1996. They married after working together on a play in the National Theatre, and have two children together, twins Gabriel and Astrid.

During his Guardian interview, Hannah spoke openly about their relationship, saying he can't explain why it works for them:

"I don’t know what our secret is. I guess we got lucky with our choices. But there’s been hardships and ups and downs and all of that. There were times we could have walked away and times we kind of did, but ultimately we’ve come out the other side and we’re better for that."

Hannah has been busting up our screens for actual decades, and right now he's starring in not one but two epics BBC dramas: Trust Me and The Victim.

Trust Me is BBC One's latest gripping AF medical thriller. It's set in a Glasgow hospital and tells the story of Corporal Jamie McCain. McCain is recovering from a horrific spinal injury sustained during service for the army. He is now paralysed and in one of the top hospitals to recover from this kind of injury. Or is it the top hospital? Well, in actual fact, this hospital may be a very dangerous place to be. McCain notices that patients on the ward begin to die around him. Not so unusual in a hospital, right? But these patients seemed strong and stable before their deaths. And I don't mean strong and stable in the Theresa May way — I mean actually in good shape.

Hannah plays the clinical lead in the neuro-rehab ward, Dr Archie Watson. Watson is the kind of guy that makes you feel uneasy. Hannah spoke to the BBC about his character: "He's a man who may not be all he seems, but perhaps he’s not all you imagine either." The actor went on to tell the BBC:

"Archie is slightly misanthropic towards the patients, slightly controlling, slightly in charge, and probably not quite as good at doing what he has to do as he thinks he is, but at the same time has an agenda which he works hard to fulfil."

Alongside Trust Me, Hannah will also appear in the BBC's legal drama, The Victim, as DI Stephen Grover. As the Radio Times explains, Hannah's character "is the detective assigned to the case following the assault on Craig Myers [James Harkness], and he soon spots a connection between the anonymous online post and Anna Dean [Kelly Macdonald]. As he investigates, new suspects begin to emerge."

Speaking to the BBC about the process of filming The Victim, Hannah said:

"It is great to be back filming in Scotland especially as Rob has delivered in DI Grover an exquisitely drawn character. On first appearance he seems pretty straight forward but I'm pleased to report that audiences will soon find out that this is far from the case."