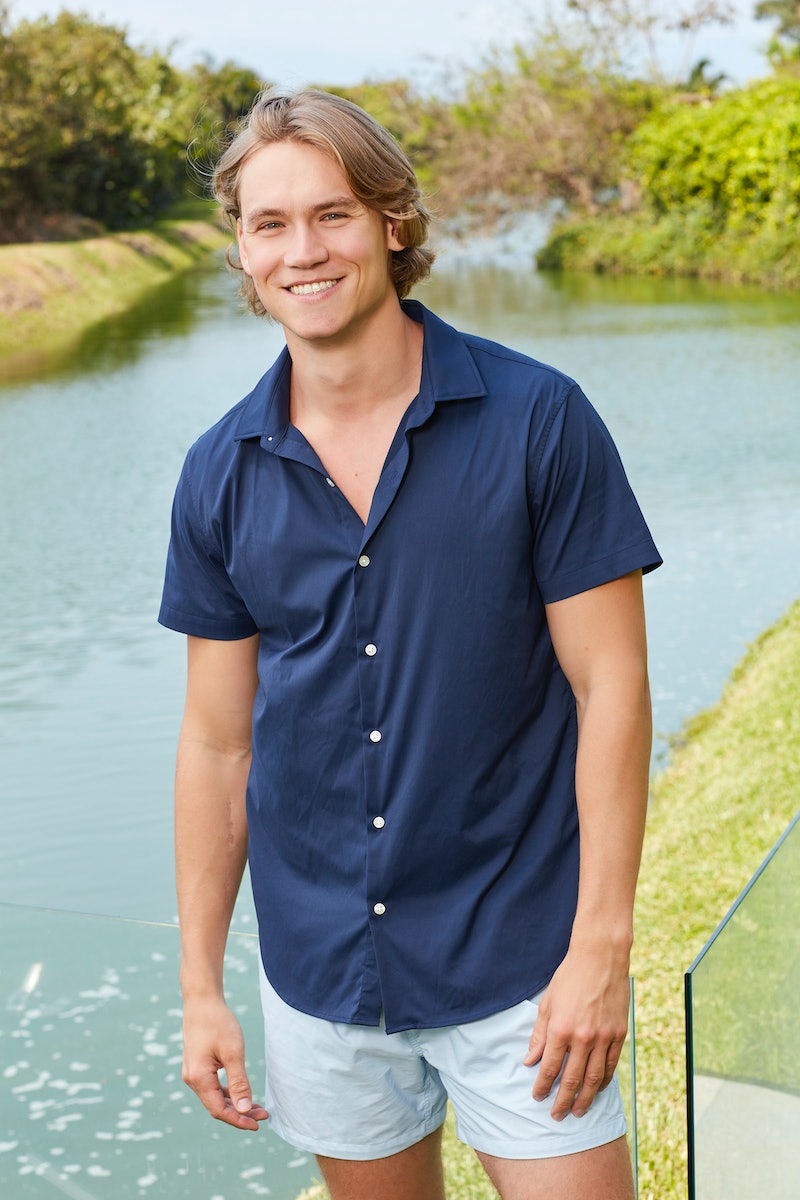 John Paul Jones may not have made it that far on Hannah's Bachelorette season, but he was there long enough to become a fan favorite. He'll be making a reappearance during Men Tell All on Monday night, and hopefully we'll get an update on if John Paul Jones is dating anyone after The Bachelorette. For now, though, it looks like he's flying solo.

When Hannah sent John Paul Jones home earlier this season, she faced some scrutiny from viewers at home. It was hard to understand why she kept the pot-stirring Luke P. around instead of JPJ, a pretty chill guy who stayed on the sidelines and offered a bit of comic relief now and again — which lord knows we needed. Mostly, fans were just upset to see him go. But fortunately, we'll get to see him look for love on TV once more during Bachelor In Paradise this summer — the only question is, was he luckier there than he was with Hannah?

JPJ's social media doesn't show any signs of a special someone in his life, but there's plenty more we can learn about what's going on with the man, the myth, and the legend himself now that he's not on our TV screens every week.

Can these dogs make a cameo on Men Tell All?

And Hanging Out With Family

He and his sisters appear to be close.

He's Doing A Lot Of Boating

And He's Never Far From The Water

The real question is, though, is he having fun in the waters of Mexico with a lucky lady, or will he just be on Paradise hanging out and being the JPJ we know and love? As much of a character as he is, we don't really know enough about him to predict who he might be most compatible with, and there's no telling who he'll hit it off with.

But at least the rest of the Bachelor In Paradise Season 6 cast will be pretty fresh in your memory, given that a ton of the contestants are from Hannah's, Colton's, and Becca's respective Bachelor/ette seasons. Along with JPJ, we can expect to see his former co-stars Cam and Kevin, Hannah's former co-stars Demi, Hannah G., Katie, Nicole, Onyeka, Sydney, and Tayshia, and Wills and Blake from Becca's season. That's only a sliver of the cast, and more are bound to be announced soon, as the tides of Paradise are always changing.

Regardless, fans are already excited to see John Paul Jones hit the beach:

And given that the Bachelor In Paradise trailer shows John Paul Jones scolding another cast member for "taking advantage of women," we are all ready to see what drama he finds himself entangled in. John Paul Jones might be single pre-Paradise, but if he's standing up for the show's women against guys who aren't treating them well, that probably won't be true when he leaves.

More like this
This 'Bachelor' Contestant Got Back With Her Bachelor Nation Boyfriend After Going Home
By Grace Wehniainen
Kaitlyn Bristowe Said Chris Harrison Ignored Her After Her 'Bachelorette' Hosting Gig
By Grace Wehniainen
'Bachelor' Fans Think Rachel & Clayton Are Dating After This TikTok
By Grace Wehniainen
Zach Addressed His "Boring Bachelor Energy" After His Group Date With Latto
By Grace Wehniainen
Get Even More From Bustle — Sign Up For The Newsletter
From hair trends to relationship advice, our daily newsletter has everything you need to sound like a person who’s on TikTok, even if you aren’t.