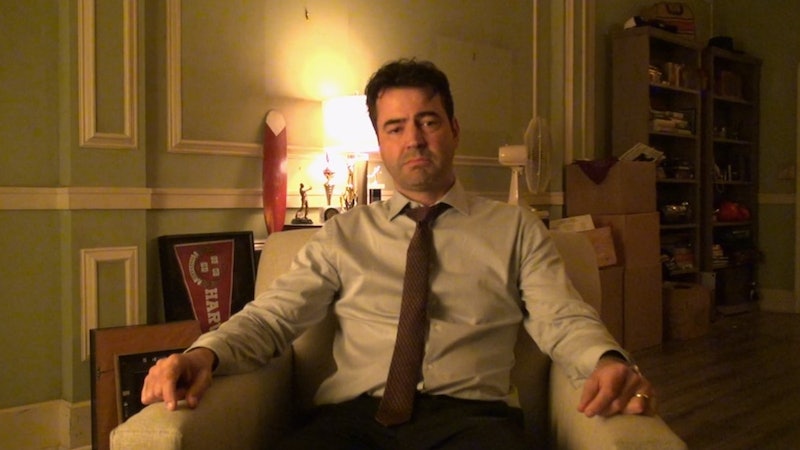 For every mystery it seems like A Million Little Things solves, another questions get raised, all within a single episode. Now that Barbara Morgan's son has a hunch that Mitch may not be his real dad, it seems like PJ thinks Jon is his father on A Million Little Things and he might not be wrong. At least PJ is right about one thing — Mitch isn't his father — but is he right about his speculation that Jon is? That would add a whole layer of complication to an already pretty complicated story.

As viewers learned in Season 1, Barbara Morgan had been dating Jon's college roommate Dave. When Dave died in the September 11 attacks, Barbara was pregnant. Not wanting to raise her child alone, Barbara married Mitch, a firefighter, and raised PJ to believe that Mitch was his real dad. Viewers were led to believe in Season 1 that Dave was PJ's real father, but that Barbara couldn't face having to tell her son how his dad died. However, PJ seems to think Jon could be his dad, based on the video apology message that Jon sent Barbara. PJ saw the video on his mother's computer without her knowledge, and the message could easily be interpreted to make it sound to PJ like Jon is his father.

In the video, Jon said: "Barbara, as guilty as I felt for Dave getting on that plane without me, I felt even worse for what happened after between us. Not being there for you and the baby — I left you just when you needed me most." ABC even uploaded a clip of PJ watching the video and titled it, "Does PJ Think Jon Is His Father?" He could hardly be blamed for thinking that. Jon didn't provide context for Barbara because they both knew what he was talking about. PJ may still not even know about Dave.

However, some fans on Reddit have pointed out that Jon and PJ look pretty similar, which could be setting up a grander reveal that Jon really is PJ's father. Perhaps Jon was so distraught over sleeping with his friend Dave's girlfriend and then being the reason Dave was on that ill-fated plane that he couldn't face helping Barbara raise PJ. The theory follow that the guilt, maybe even more than his survivor's guilt, could have impacted Jon's mental health in his later life.

It's a pretty wild theory, but it would make sense because it so closely mirrors the Delilah and Eddie storyline in the present day. And creator DJ Nash has made it clear that PJ stands in direct juxtaposition to Eddie and Delilah's daughter. Even though Eddie is the baby's father, Delilah has told her children that it's Jon's baby. She's repeating the paternity lie that PJ is living.

"The purpose of PJ in Season 2 is to serve as a cautionary tale," Nash told TV Guide. "He is a young man who doesn't know who his father is. As Delilah and Eddie watch this young man make choices that are probably not correct and struggle with the fact that his [paternity] was kept from him, [that] will inform their decision of what to do that with their child."

But even if Jon isn't really PJ's dad, PJ thinks that he is — and that will inform PJ's actions throughout the season until he gets to the truth. He's desperate for answers and he may do just about anything to get them, which could lead to trouble for Delilah and her friends as well as PJ's own parents.