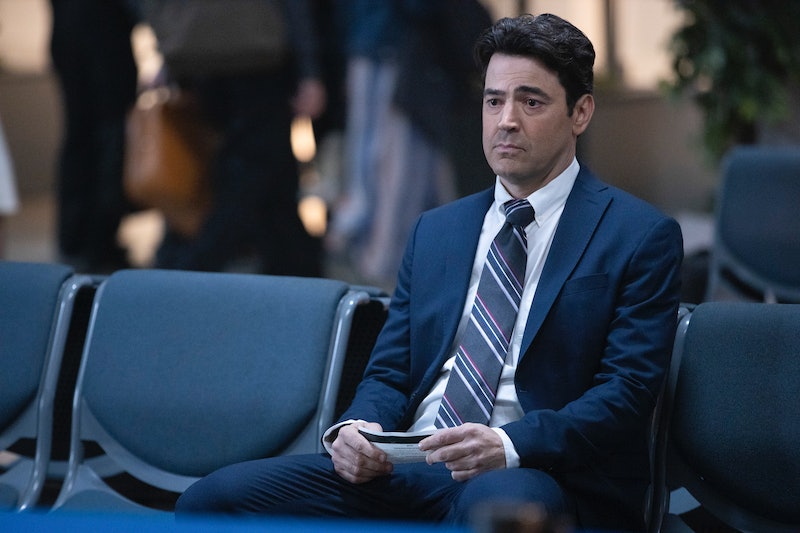 After a whole season of questions, the question of “who is Barbara Morgan” on A Million Little Things has finally been answered. Well, let’s clarify — it's very likely Drea DeMatteo's character, who's going by Mrs. Nelson, which could very well be her new, married name. But we don't know that for sure just yet what her deal it, but for a woman that was really bent on hiding away from Gary when he went snooping around her place, Barbara/Mrs. Nelson is no longer trying to be conspicuous about the fact that she is stalking Delilah and her family. What is Barbara/Mrs. Nelson trying to do here, anyway? Let’s get this show on the road! Why is she so self-contained?

Delilah and fam know about Jon’s extra apartment overlooking the water in Cambridge (with that big old painting by Barbara that Barbara also has in her own place), and so they need to clean out all of Jon’s stuff. And he has a lot of stuff. I’m not sure if Barbara thought she was being stealth in pretending to know Delilah in order to get into the Dixon home, but it didn’t do her any good — Sophie immediately recognized “Emma,” aka who Barbara/Mrs. Nelson told her she was, in one of her father’s college photos.

She looks exactly the same, so it wasn’t much of a stretch. If you’re Delilah and you’re hearing all of this, this should be setting off some hardcore alarm bells. Actually, maybe they should get an alarm.

Barbara/Mrs. Nelson doesn’t seem the type to go Fatal Attraction on the Dixon family, but she certainly seems conflicted about giving Delilah the information about who she actually is. That’s a running theme with the women in Jon’s life who aren’t his wife — both whoever Barbara is and Ashley are withholding information for what they think is the greater good for Jon’s family, but in reality, keeping them in the dark isn’t doing them any favors. Delilah now has to pick up the pieces from Jon’s lies, so she might as well know everything there is to know.

Right now, Barbara/Mrs. Nelson as a person doesn’t seem to be that interesting. She’s obviously woman who went to college with Jon. She lives on the "other side of the tracks," or at least not in a sprawling home like Delilah, Eddie, and Rome do. She has a husband or boyfriend, Mitch, who doesn’t like them snooping around. She has a teenage son, who may or may not be Chandler Riggs. All of this adds up to… not much.

Barbara Morgan is a less interesting, less calculating Uber A from Pretty Little Liars, but without the bad accent and deadly intentions (well, so far). If that son is Jon’s, well, it’s not that scandalous. Things happen in college. It’s incredibly stupid that Jon wouldn’t tell his wife if he had a love child, but it is not the most dramatic outcome to a story in which Jon leaves this mystery woman a lot of money after he dies by suicide.

The February 28 finale seems to bring together Delilah and Barbara/Nelson, according to the previews, and it feels like we’re really close to this whole thing ending — and in a whimper. A Million Little Things showrunner DJ Nash recently told TVLine that the driving force of Season 2 will not deal with Jon’s suicide. “[It] comes from an organic place, because the compliment our show gets — and the one that means the most to me — is that it’s authentic,” he said. “So in trying to find the mystery of Season 2, we wanted to make sure it still felt like part of the fabric of our show.”

After the reveal that Constance Zimmer was not Barbara Morgan, well, the whole plot has a been a little bit of a snooze. Let's hope the Season 1 finale of A Million Little Things will breath some life into the storyline.

This article was originally published on Feb. 22, 2019