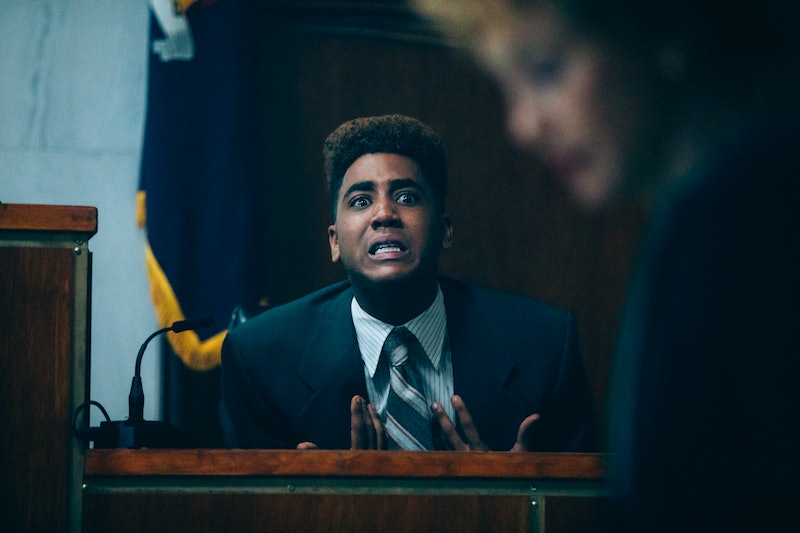 On the night of April 19, 1989, Trisha Meili, a then-28-year-old investment banker was viciously beaten and raped in Central Park, according to New York Magazine. She was out for a jog, and then she became the face of one of the most controversial cases in New York City history — that of the "Central Park Five." Two decades later, Ava DuVernay is exploring the tribulations and injustices perpetrated in the case with Netflix’s When They See Us. It’s sure to bring recognition about the case to those too young to have remembered it, and it will surely anger some — for instance, about the fact that Justice Thomas B. Galligan, the real-life judge who oversaw the trial, was assigned to the case.

After Meili was beaten and raped, according to Esquire, Kevin Richardson, Raymond Santana, Antron McCray, Yusef Salaam, and Korey Wise gave false confessions to the police about being involved in the crime. All five men allege, according to Esquire, that the New York City Police Department detectives that interviewed them used unfair and “gotcha” interrogation techniques in order to acquire the confessions. The NYPD has always insisted that their investigation was completely above board.

The case went to trial soon after, and Justice Thomas B. Galligan was assigned to the case. According to the New York Times, his selection went directly against the normal New York State policy of choosing judges for cases simply by lottery. The court administrator that assigned Galligan to the case, the New York Times reports, said that Galligan was the best judge “suited for it,” which raised serious alarms for the defense lawyers in the case — Galligan was known for his tough sentencing. “Judge Galligan has a law-and-order image,'' Colin Moore, lawyer for Korey Wise, one of the Central Park Five, told the New York Times in 1989. ''I don't think anyone has been acquitted in his court in the last two years.''

Galligan’s time overseeing the Central Park Five trial was full of controversies. As reported by UPI, Galligan and defense attorney Robert Burns, who was the lawyer for Yusef Salaam, got into a screaming match in the courtroom because Burns insisted that the only reason the media cared about the Central Park Five case was because the defendants were Black and Hispanic and the victim was white.

According to the New York Times, Galligan also insisted that parents didn’t have to be present at the questioning of the minor defendants, telling the jury to ignore those assertions made by the defense. “The fact that a parent was not present during the questioning of a juvenile does not automatically mean that a statement was involuntary,” Galligan told the court, according to the New York Times.

All of the Central Park Five were tried as adults but ultimately sentenced as juveniles because of their ages at the time of the assault, per the Los Angeles Times. The boys were sentenced to between 6 and 13 years in jail, but in 2002, Matias Reyes, a rapist and murderer already serving a life sentence for his crimes, confessed to Meili’s rape and assault, according to the New York Daily News. In 2002, Justice Charles J. Tejada vacated all sentences of the Central Park Five. In 2013, they were awarded $41 million from the City Of New York because of their unjust sentencing, per ABCNews.

According to an obituary from the Riverdale-On-Hudson Funeral Home, Galligan died on July 30, 2015, at the age of 90. Though his convictions for the Central Park Five were eventually thrown out, no one can understate the importance his presence had on the case.