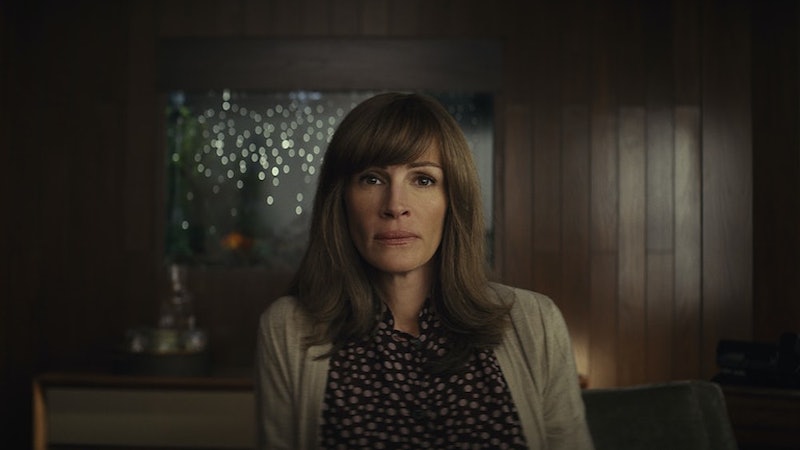 As excited as many may be to see Janelle Monáe star in the lead role of Amazon Studios' second installment of Homecoming, it also means saying goodbye to another powerhouse actress. As The Hollywood Reporter confirmed back in January 2019, Julia Roberts won’t be in Homecoming Season 2, despite the prominent part she played as Heidi Bergman throughout the show’s first season. The part served as Roberts’ first ever series regular role on a TV show; however, sources informed the outlet that it was meant to be a one-and-done endeavor, indicating once and for all that her character’s storyline had come to an end. However, that doesn’t mean Roberts won’t still be involved in the series behind the scenes.

The Pretty Woman star still serves as an executive producer on the show alongside showrunner Sam Esmail. This keeps Roberts in close contact with production, so if the opportunity ever should come along to reintroduce Heidi back into the picture, it seems likely that Roberts would be at hand to oblige. But for the foreseeable future, all of her work on the show will be done off-camera.

The decision to conclude her character's storyline is a very big departure from the source material, considering the extensive role Heidi plays throughout the Gimlet Media podcast upon which the series is based. That said, Esmail stands by the decision to take the Amazon adaptation in a different direction. "We've deviated from very much of the podcast, so [Season 2 of] the podcast doesn't really have anything to do with the way the show is going,” he told THR in an interview just before the first season debuted. “The show starts out fairly close to the podcast, and in the back half of the season we really start to see the major shifts and differences from the podcast.”

Now it’s time for Monáe to pick up the mantle and lead this mystery series in a new and equally exciting direction. She’ll play the role of Jackie, a woman who wakes up in a rowboat out in the middle of nowhere with no recollection of who she is and how she came to be there in the first place. "When I read these episodes, I was like, 'Oh wow, this is still going to have a very special quality and take everyone in an unexpected place,'" Monáe explained to Entertainment Weekly about the show’s second season. "It's even more elevated this season — and even more suspenseful. Nothing is what it appears to be."

So while Roberts may be MIA, fans still have plenty of incentive to keep watching.

More like this
Everything To Know About The Terminal List Season 2
By Kadin Burnett
At 14, Jenny Han Wrote Rom-Coms About Her Friends & Fan Mail To Leo DiCaprio
By Alyssa Lapid
6 Mind-Blowing Fan Theories About How Stranger Things Will End
By Kadin Burnett
The Star Of 'Ms. Marvel' Has A Legendary Letterboxd
By Gretchen Smail
Get Even More From Bustle — Sign Up For The Newsletter