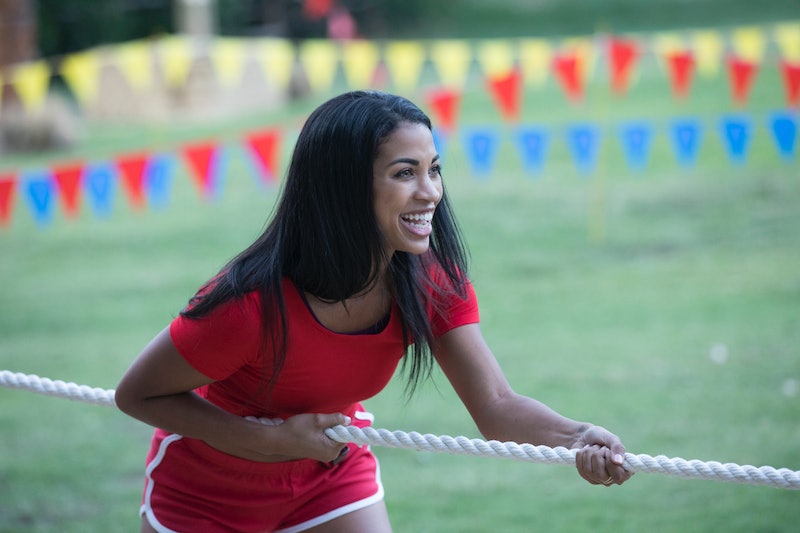 Even when a contestant on The Bachelor gets eliminated, it's impossible for fans not to still wonder what they've been up to since leaving our TV screens. And given all the drama that came from her time on the show, Colton's former contestant Katie Morton is no exception to that rule. What has she been up to since exiting the show? Is Katie dating anyone after The Bachelor? These are all questions viewers may find themselves asking, however, finding the answers on social media may be more difficult than you think.

The reason why Katie's love life in particular may be on fans' minds could have something to do with her on-going presence on the show long after she'd been shown the door. Shortly after her departure, there were a lot of rumors being thrown around about Cassie and Caelynn not being there for the "right reasons," which were based on things that apparently Katie had said to some of the other women. But since Katie was no longer there to explain those supposed comments, it left many of us wondering what to believe.

All of this is sure to be addressed on Tuesday night's Women Tell All special. And while that's interesting in and of itself, it may also leave you curious about Katie's post-Bachelor life, particularly when it comes to any current romances that may exist.

After doing a deep dive into her social media, it's unclear whether or not Katie has found a new man, but that's not to say there hasn't been a whole lot of love in her life thanks to the show.

While Katie may not have ended up with that final rose, she definitely still feels like she came out as a winner of the competition, thanks to all the wonderful friendships she made with so many of her fellow contestants along the way. "The love in this photo is real," she captioned the above photo on Instagram, adding:

"Although unconventional, we faced fears, faced challenges, and most importantly, we were forced to face ourselves. Some of us learned to feel again, love again, and trust again. We learned that no matter what the circumstance, there will always be someone that has your back. I’m incredibly grateful to have shared this journey with such a strong group of women. The show tonight is powerful. It hits close to home for so many. For those of you out there who feel alone, remember what I said. There will always be someone who has your back. I know we do."

Considering that Katie is no longer one of Colton's contestants, if she does indeed have a boyfriend or someone special in her life, then she'd be well within her rights to posts photos of the two of them together. Typically, you're only not allowed to post photos of another man in your life if you're still on the show, but since she's not, seeing her with a new beau wouldn't be spoiling anything. So if we're going solely by photographic evidence alone, then it looks like Katie is still single and living her best life.

"THIS is the only love I need ♥️ I am crying tears of joy this morning in pure gratitude," she wrote in another Instagram post. "Thank you to everyone that has supported me throughout this season. I want to squeeze every single one of you."

And really, who needs a man when you've got such amazing female friendships?