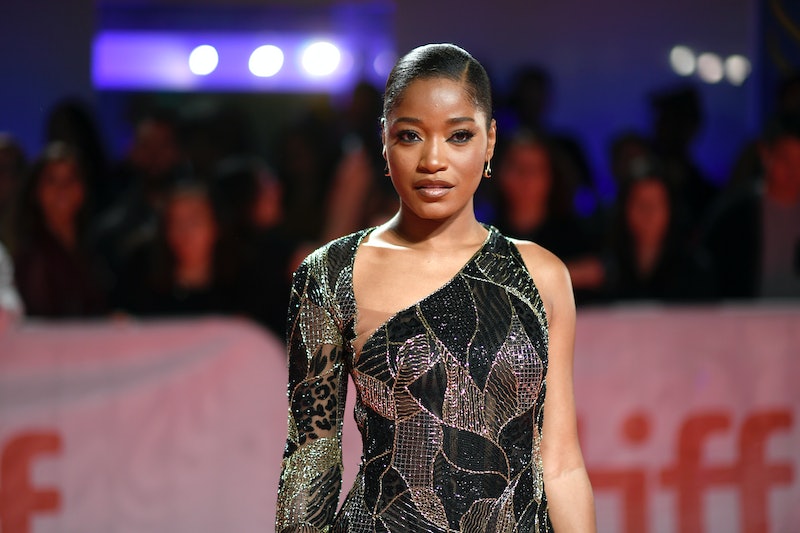 Keke Palmer has been in the spotlight since she was 13-years-old, but her role in the star-studded film Hustlers seems poised to launch her into a new level of stardom. Now that all eyes are on the actor and singer, fans everywhere have one big question on their minds: Is Keke Palmer single? But good luck getting a straight answer from the triple-threat.

Despite her outspoken and over-the-top persona — which helped her to become the youngest talk show host in TV history and land a permanent role on ABC's morning show, Strahan and Sara — Palmer has kept her personal life primarily out of the spotlight. However, while she rarely comments publicly on her romances, Palmer has spoken more generally about dating in Hollywood in the past. In 2013, Palmer told Fuzion magazine that she had been in a relationship for three years, but declined to name her then-beau, explaining that her career is always her main priority.

Around the same time, Palmer was linked to her Brotherly Love costar Quincy Brown as well as rapper Meek Mill, though she never publicly commented on the rumors. She has, however, talked about the struggles of dating another celebrity, telling New York.com in 2014, that "the biggest con about dating a celebrity is that everybody wants to be in our business."

A year later, Palmer made headlines after releasing the steamy music video for "I Don't Belong To You," which showed the singer pursuing both a man and a woman. While many thought that the video was Palmer's way of coming out as sexually fluid, she told People magazine that while the video does reflect where she's at in her life, she's not interested in labelling her sexuality. "The video was to represent the young woman today — it’s not the traditional woman anymore — and not the specifics of ‘Am I gay? Am I straight? Am I bi?'” Palmer said. "I’m making the rules for myself, and I don’t have to be stuck down to one label."

She continued, "I don’t feel the need to define nothin’ to nobody, because I’m always changing. Why say that I’m this or that when I might not be tomorrow? I’m gonna follow my own feelings and my own heart."

Since Palmer is dedicated to keeping her private life private, it seems like the best way for fans to get a glimpse in her relationships is through her music, like with her 2016 single, "Enemiez," which she told Bustle was inspired by a bad relationship experience. "I had my first experience with unrequited love... there is a certain line between love and hate," she said at the time. "And, if you love someone, or you feel like you love someone, and it’s not requited, it’s easy how quickly it can turn into hate."

It seems as if Palmer has no plans to slow down any time soon when it comes to her career — after all, her many passions and professional pursuits have always been a major priority in her life.