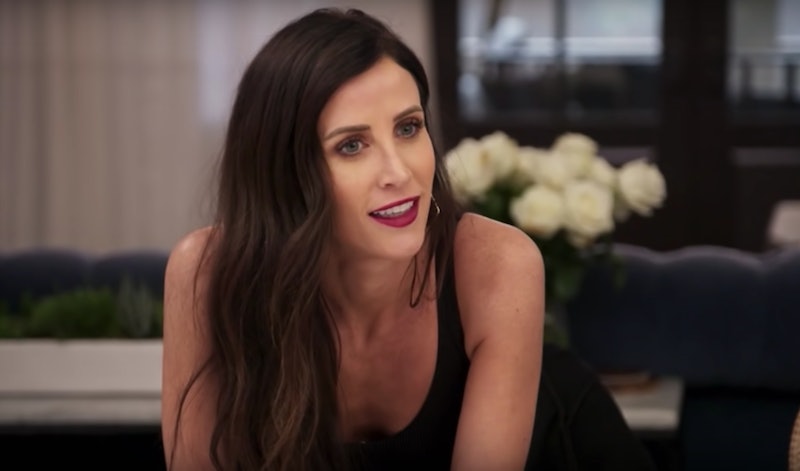 If you've been watching since the beginning, you know Kelly Henderson on Very Cavallari is Kristin's best friend. They're always grabbing lunch between meetings at the best spots in Nashville, and when they're not working, they're hanging out at Kristin and Jay's house or hitting the city's night life. They spend so much time together because they're great friends, yes, but also because Kelly keeps going on terrible dates. And the people in her life, especially Jay, are on a mission to help her find the perfect guy.

On the show, Kelly has mentioned dating in passing a few times, but she tends to brush it off. When Kristin asks for love life updates, she usually gets a similar story — the date went OK, but wasn't worthy of a second. Work is busy. Thank you, next. Still, though, Kristin continues to ask, because that's what friends do.

"I don't have time [to date]," Kelly said on the March 24 episode of Very Cavallari. "I want to." That's when Jay intervened from the couch. "I feel like there's a lot of complaining and what-ifs," he said. "You just gotta get out there and do it." Kristin came to Kelly's defense, saying she does date. And Jay disagreed. "She dates people in her little bubble, in her little circle," he said. So he offered to take matters within his own hands.

"My boss goes to bed at 8 p.m.," he told Kelly, referring to Kristin. He offered to take her out to visit "some adult places" and introduce her to some new potential dates. Intrigued, Kelly asked him if he knew her type. "Someone that's confident in who they are," Jay said. "Someone that's independent, has their own thing going on. He's got an artistic streak to him. He leans more toward skinny jeans ... I don't wanna say he's a hipster, because he might have a corporate job where he wears slim, nice fitting suits." Kelly laughed, confirming each characteristic as her type. And of course, Kristin had to give her two cents. "I don't think he exists," she said. "Just gonna throw that out there." Jay seemed to think he was a pretty close match himself.

Jokes aside, Jay was true to his word and went out for a drink with Kelly to chat more about specifics. "I want someone to pursue me," she told him. She said she wanted someone to approach her, ask her out for a drink, and share "funny banter." In response, Jay criticized her for wanting something so specific when she's "not putting herself out there." Not anywhere — not in real life or on dating apps. So he decided to change that.

Kelly is a busy woman, though, and doesn't have time to dedicate to swiping left and right all day. Jay, on the other hand, recently gained lots of free time since retiring from the NFL. So he offered to manage Kelly's dating profiles for her, and said he knows her well enough to stand in. How is he going to savvy a dating app, though, when he's married and he doesn't even run his own Instagram. There seems to be a few holes in this plan to get Kelly a man, but that's not going to stop him from trying. For Kelly's sake, hopefully he's successful.