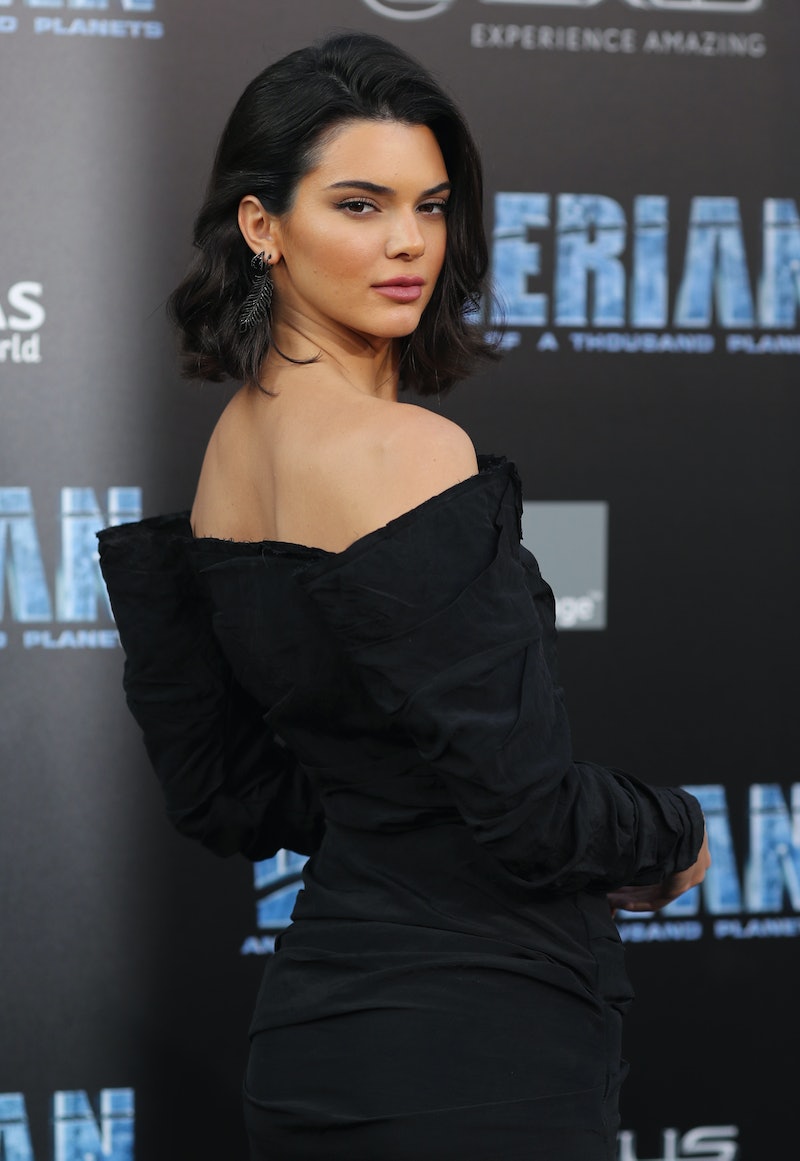 Move over, Kylie Jenner. There's another sister making the news for her major hair makeover. Kendall Jenner's new bob is changing everything, and the drastic look is so chic and retro.

On Monday, Kardashian and Jenner hairstylist Jen Atkin took to her Instagram to post an image of several polaroid photos of Kendall Jenner, and her new 'do quickly caught fans' attention. Jenner's traditionally shoulder-length locks appear to be chopped into a cool-girl chin-length bob complete with some seriously thick and very '60s bangs that fall right above her brow.

The switch is notable for Jenner as she's not exactly known for changing her hairstyles. Throughout many previous seasons of Keeping Up with the Kardashians, she kept her locks dark and somewhere around her collarbone. Only recently did she shorten the length at all. As for the color, it's always stayed true to her natural, dark color. While Atkin clearly didn't color Jenner's hair, it certainly looks like she may have cut it, but did she?

At this point, there's no way to know if the bob is real. Before Atkin posted the image, Jenner herself took to her personal Instagram, and she was rocking the look already. Fans of the Kardashian-Jenners know that the family have a tendency to don wigs, so it could easily be fake.

Whether it's real or a wig, Kendall Jenner's new bob is, without a doubt, so chic.

Even with a hat on, the new look is gorgeous.

Jenner's most recent look reveals that the length of her new bob only seems to be a few inches shorter.

It's the bangs, however, that are the most notable change, but it is a look she's rocked before.

While Jenner's new bob is gorgeous, whether it's real or not, her hair always look amazing.

More like this
Kim Kardashian Chopped Her Platinum Hair Into A Lob
By Olivia Rose Ferreiro
Regé-Jean Page On The Art Of Power Napping
By Paris Giles
The Secret To Taylor Swift’s Fringe, According To The Experts
By Orla Pentelow
The “Botticelli Bob” Is The Chicest Summer Style For Short Hair
By Audrey Noble
Get Even More From Bustle — Sign Up For The Newsletter