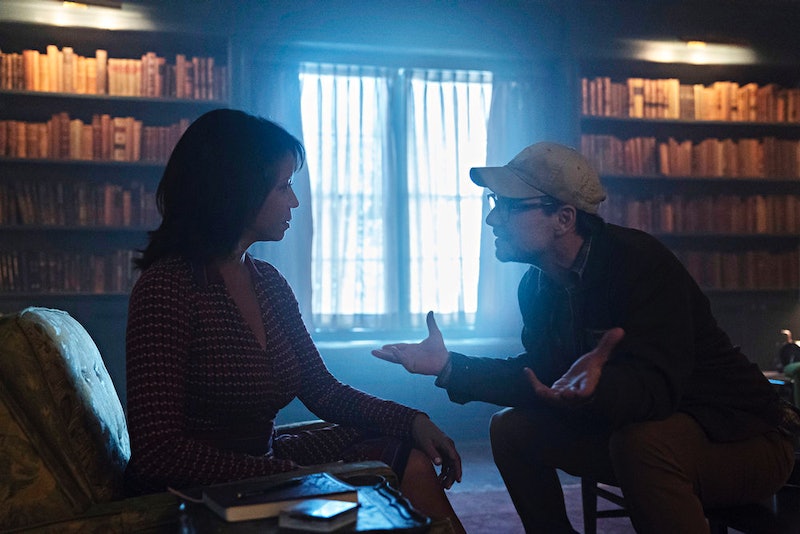 If there's one thing that can be learned from watching Mr. Robot, it's that no one can be trusted — not even yourself. Despite being unable to trust himself or anyone else, there's always been one person that Eliot Alderson never had to worry about. Elliot's Mr. Robot therapist, Krista (Gloria Reuben), is currently the only person in his life who hasn't betrayed him. Darlene, Angela, even his own alter-ego have all gone behind Elliot's back, but he's always had his therapist on his side. However, some fans believe that's about to change, or maybe has never been the case.

Fans have already theorized that Krista may not actually be real, but the most recent episode of Mr. Robot, "eps3.6_frederick&tanya.chk," seemed to disprove that, featuring a scene with Krista speaking to her counselor. Krista talked to him about Mr. Robot's claims of having committed the Five/Nine hack, and for being complicit in the recent terrorist attack that destroyed 71 E Corp buildings, killing as many as 4,000 people. It's an alarming claim, and yet it seems that Krista is bound by doctor-patient confidentiality to keep her patient's confession a secret. But is his therapist actually interested in Elliot's well-being, or is she playing a more complicated game?

Krista's relationship with Elliot is already strange and involved, and it's frankly surprising that Krista is still treating the hacktivist. In the very first episode of Mr. Robot, Elliot admitted to the audience that he had been hacking Krista and keeping tabs on her relationships; he eventually blackmailed her partner. In all fairness, Krista's partner was cheating on his wife with her, but the invasion of privacy still created a huge gap between the two. Why would Krista keep seeing a patient who has violated her privacy? Some fans believe it's because she has to.

In Season 3, Krista's sessions with Elliot move to her home office. During these sessions, Mr. Robot starts to reveal himself to Krista, and Krista attempts to really start digging into the mental health issues that Elliot has been hiding from her the whole series. Then, in "eps3.6_frederick&tanya.chk," Krista's counselor comes to her home office so that she can reveal the truth of Elliot's involvement with Five/Nine, and she's then told that she can't tell anyone.

Reddit user MaryInMaryland suggested that Krista's true location is being hidden, just as the nature of Elliot's incarceration was hidden from the audience in Season 2. It's possible that Krista's "home office" is actually a Dark Army safe house so that tabs can be kept on Elliot and that her "counselor" is actually a Dark Army operative. In a way, that actually makes more sense than Krista continuing to see Elliot of her own accord.

Even if Krista isn't knowingly betraying Elliot, things aren't looking good for the only truthful relationship that Elliot has. Things continue to go worse and worse for the hacker, and for everyone around him. Trenton and Mobley are dead; Darlene is being pulled between the Dark Army and the FBI; and Angela is all but incapacitated by guilt. And now, it may only be a matter of time before Elliot and the audience learn that Krista is not who she says she is.