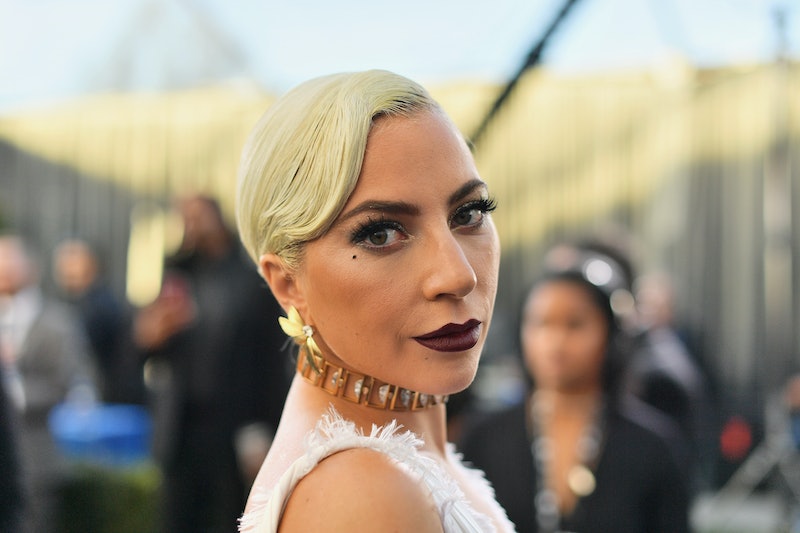 Kylie Jenner, Kim Kardashian, Rihanna... The number of celebrities launching their own beauty brands seems to be getting bigger each and every day. Many are incredibly profitable, causing a huge stir IRL and on social media. It's only natural for other A-listers to follow suit. Rumours have existed for some time now that one Stefani Germanotta is working on a top secret project. So is Lady Gaga launching a beauty line or is everyone barking up the wrong tree?

On Feb. 22, 2018, Gaga's company, Ate My Heart Inc., filed a trademark for Haus Beauty. Applications for cosmetics (foundations, lipsticks, eyeliners, eyeshadows, and more), skincare products including cleansers, toners, moisturisers, and body lotions, and fragrances were made.

Since then, Haus Beauty has remained non-existent in the public eye — except for in the form of an Instagram hashtag used by Gaga herself. A website for the brand does exist, but there is currently only the option to sign up to a newsletter. But — and it's a big but — movement seems to be occurring.

According to the Las Vegas Review Journal, Gaga is planning to launch her beauty line on the famous Las Vegas strip. Sources said that a boutique is set to open in late May next to the Park Theatre at the Park MGM Grand hotel. At the end of 2018, Gaga began an 11-month residency at the very same hotel. (She is reportedly scheduling more shows in December 2019, according to the paper.)

If true, this won't be Gaga's first foray into beauty. In 2009 and 2019, she was the face of MAC's Viva Glam campaign, reports Refinery29. She also notably launched a black fragrance entitled Lady Gaga Fame in 2012.

Fans have already speculated on the contents of the line on Reddit. "I'm looking forward to how innovative and creative she can be!" one wrote. "I'm assuming the packaging will be stunning and really worth collecting. I'm also assuming that it will be an all inclusive brand and there will be something for everyone."

Comparisons to Rihanna's Fenty Beauty have already been made, but another commenter said they expect Gaga to go in the opposite direction. "Very statement, very bold," was their prediction. "I want pigmented eyeshadows, an impressive range of skin shades, long-wear lipstick, and skincare with healthy ingredients. I want it to challenge makeup a little bit because Gaga has always challenged expectations."

I've reached out to Gaga's representative to see whether a launch date or any teeny tiny details can be confirmed. The May timeline could well be accurate, however. In September's 73 Questions interview with Vogue, Gaga said she would unveil her beauty secrets "soon". Fans saw nothing during awards season, but there is another huge event on the horizon.

Along with Serena Williams and Harry Styles, Gaga will be co-chairing the upcoming Met Gala, Vogue reports. And when is that held? On May 6. And what is the theme? Camp: Notes on Fashion.

If fans are correct about the bright and bold angle, what better time and occasion for Gaga to show off her upcoming wares? I can feel another #hausbeauty hashtag coming on.