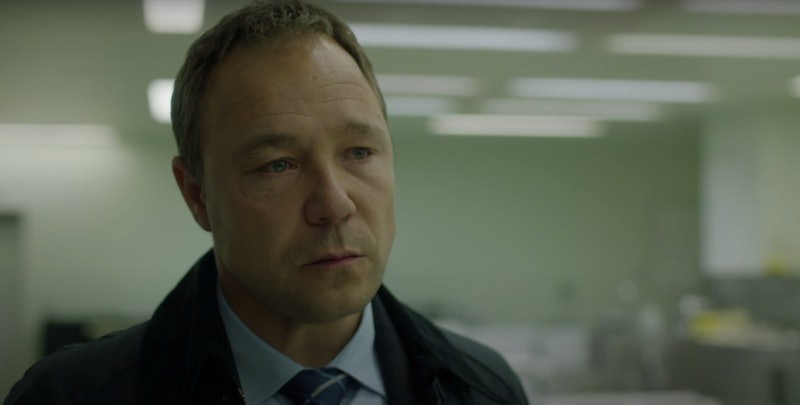 ITV's Little Boy Blue centres around the tragic murder of a young boy in Croxteth, Liverpool. Set in 2007, the four-part series stars Line of Duty's Stephen Graham as a Detective Superintendent who does his utmost to find those responsible for committing this heinous crime. But is Little Boy Blue based on a true story?

Sadly, the ITV series is based on true events, and follows the story of 11 year-old Rhys Jones, who was shot and killed in August 2007. As the Metro reports, Rhys tragically died on his way home from football practice, after he was caught in the crossfire between two rival gangs in the Fir Tree pub carpark.

Shortly after the incident, paramedics arrived on the scene in an attempt to resuscitate Jones. However, Rhys eventually succumbed to his injuries after being transferred to the nearby Alder Hey Children’s Hospital.

In 2008, 18 year-old Sean Mercer was jailed for a minimum of 22 years after being found guilty of Rhys's murder, and is carrying out his sentence in HMP Frankland in Durham.

ITV's Little Boy Blue, which first aired back in 2017, examines the highly-published police investigation that followed Jones' murder. Prior to the show's debut, Rhys's parents, Melanie and Steve Jones, discussed their own involvement in the series.

In a statement, the couple explained how it was "very important" for them "to keep his memory alive," adding "our decision to get involved with Little Boy Blue stemmed principally from a desire to honour our son, Rhys, who we lost ten years ago."

As mentioned previously, actor Stephen Graham took on the role of Detective Superintendent Dave Kelly, who fought tirelessly to seek justice for Rhys and the Jones family.

Graham grew up a stones-throw away from Rhys's family home in Liverpool, and speaking to iNews, expressed his pride of being involved in the ITV dramatisation.

"I’m really proud to be a part of this because it raises important questions," the actor explained. "Hopefully it stops something like this happening in the future. Which would give Rhys a voice in some respects."