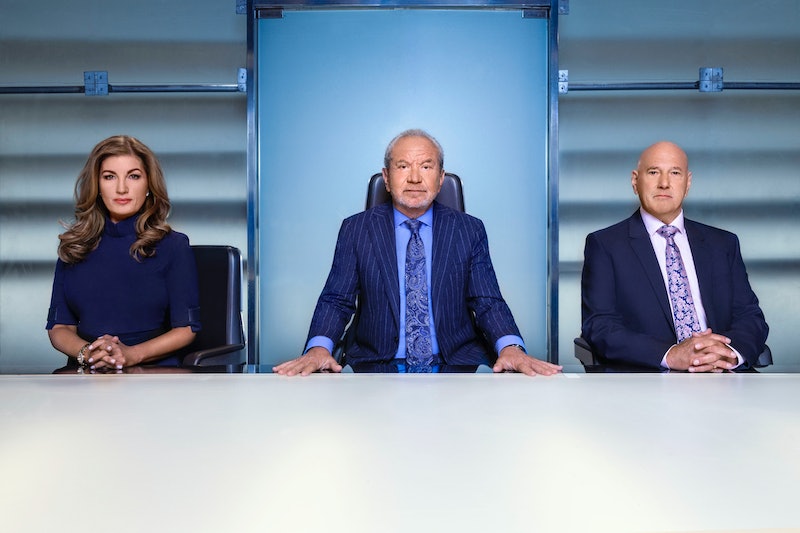 TV's toughest competition is back on BBC One, and The Apprentice 2019 will welcome some of the UK's most promising entrepreneurs into the famous boardroom. Throughout their stint on the reality-competition series, candidates will be tasked with completing high-pressured weekly challenges, and aim to impress one of Britain's most successful businessmen, Lord Alan Sugar. But how did the Apprentice boss earn his impressive title? And is Lord Sugar a member of the House of Lords?

As stated on the official UK Parliament website, the Apprentice star is indeed a member of the House of Lords, and was first appointed back in 2009. As reported by the Telegraph, Lord Sugar affirmed his allegiance to the Queen upon his entry into the House of Lords, however, Lord Sugar's appointment was deemed controversial by many, who claimed that it was inappropriate for the Apprentice frontman to work for the BBC and the Government at the same time. Despite some backlash, Lord Sugar went on to dismiss the concerns, and argued that his "advisory" role is in fact "politically neutral."

In addition to his duties as a Lord, the business mogul also keeps himself busy filming the reality-competition series The Apprentice, which is back on BBC One for an impressive 15th run. According to the Radio Times, Lord Sugar, Karren Brady, and Claude Littner will once again be at the helm of the famous TV boardroom, and this year's fresh lineup of contestants will battle it out to win a £250,000 business investment.

As The Sun reports, The Apprentice series 15 will see the candidates travel across the globe to locations including Finland and South Africa, and carry out a string of intense challenges in order to become Lord Sugar's next business prodigy. The 2019 run will welcome a total of 16 contestants, all of whom are hoping to recreate the success of Apprentice winners gone by — including last year's victor Sian Gabbidon. The 2018 champ has previously discussed Lord Sugar's investment into her swimwear business idea, and during an interview with The Sun, she revealed, "I believe in my business and myself. I think I proved to him (Lord Sugar) I was a really strong contestant. As a business woman I always aim high. I did get people saying I will never set up a functioning business in Leeds and I did it."

In addition to the main series, The Apprentice: You're Fired is also back to hilariously dissect this year's boardroom antics. As reported by the BBC, the spin-off will this time be hosted by comedian Tom Allen, following Rhod Gilbert's decision to call time on his You're Fired hosting duties. Speaking of his decision to step away from the BBC series, Gilbert revealed, "I'm back on the road after a seven year break, and with such a busy stand-up touring schedule, it's time to hand over the reins of You’re Fired to someone else. The brilliant Tom Allen is going to smash it. In a good way."

The Apprentice series 15 starts on Wednesday, October 2, at 9 p.m. on BBC One.