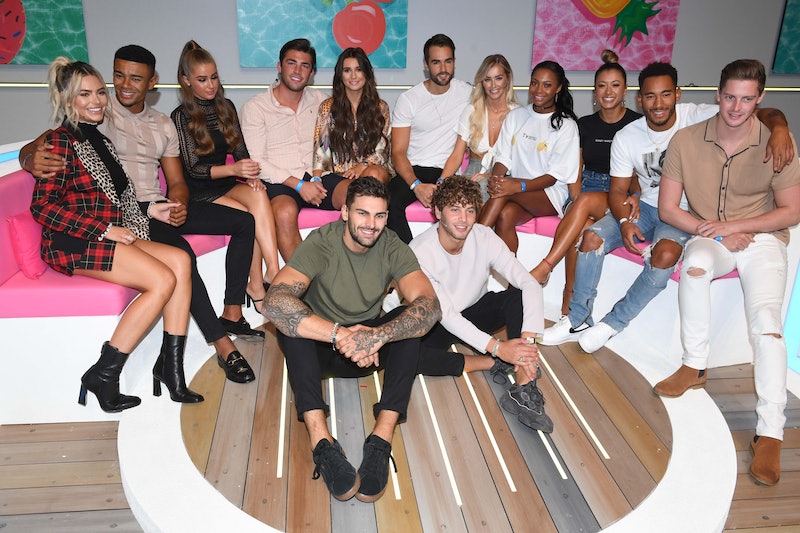 After the death of former Love Island stars Sophie Gradon and Mike Thalassitis, the show's aftercare process has been brought into question. Conversations surrounding the effects of reality TV on mental health have also begun to emerge, and following the concerns brought forward by fans of the show, as well as some Love Island contestants from past seasons, ITV released a statement that pledged to significantly improve their current aftercare procedures. However, some have suggested that the next ITV series should be dropped from their summer schedule all together. So, is Love Island 2019 cancelled?

As it stands, there has been no announcement in regards to the cancellation of the 2019 series. I have reached out to ITV for comment on this, and will update you with any new information once it becomes available.

According to the Evening Standard, calls for the next series of Love Island to be cancelled first emerged after some fans began to worry about the wellbeing of the islanders, and claimed that the reality show doesn't qualify as entertainment when some contestants are left suffering.

One Twitter user, Evie Hodgson, said: "I can't help but feel like love Island should be cancelled, the amount of trauma the cast members have all went through with apparently no psychological help proves that being thrown into the spotlight at such a young age on such a controversial show really isn't healthy."

And it appears that other Love Island viewers share the same view point — many of whom took to social media to express their concerns.

According to ITV News, former Love Island contestant Jonny Mitchell, who was a close friend of Thalassitis', criticised the show's aftercare system following the death of the 26-year-old reality star. When discussing his own experience, Mitchell said: "I never got a phone call saying, 'How are you coping with it Jonny? Are you alright? Do you need to talk to someone?' And that's the issue. Someone needs to kill themselves for them to make a phone call to make sure everyone is alright? It shouldn't be like that at all."

Mitchell also stated his belief that Love Island producers have a duty to warn contestants about the potentially limited career prospects they might face after leaving the famous villa. Speaking to ITV News, he said: "They should say: it's all well and good but, given the statistics, there's a chance that when you come off this show and you are not going to be able to do anything with it or if you do, it's got a time limit."

According to the Express, Health Secretary Matt Hancock has said that there is a need for after-show support for reality TV contestants. Speaking at the Spectator Health Summit in London, Hannock said, "I am very worried about the support for the mental health of contestants on reality TV shows. The sudden exposure to massive fame, I suppose, can have significant impacts on people and I think that it is a duty on any organisation that is putting people in the position of making them famous overnight, that they should also look after them afterwards. I think people need to take responsibility for their duties to people’s wellbeing very seriously."

As previously mentioned, in response to the concerns surrounding Love Island, ITV released a statement announcing that they will be updating their aftercare process. The statement read:

"We have always recognised that this should be an evolving process and six months ago we engaged Dr Paul Litchfield, an experienced physician and a Chief Medical Officer, to independently review our medical processes on Love Island.  He has extensive experience of working with large companies and Government in the area of mental health. This review has led us to extend our support processes to offer therapy to all Islanders and not only those that reach out to us. And we will be delivering bespoke training to all future Islanders to include social media and financial management."