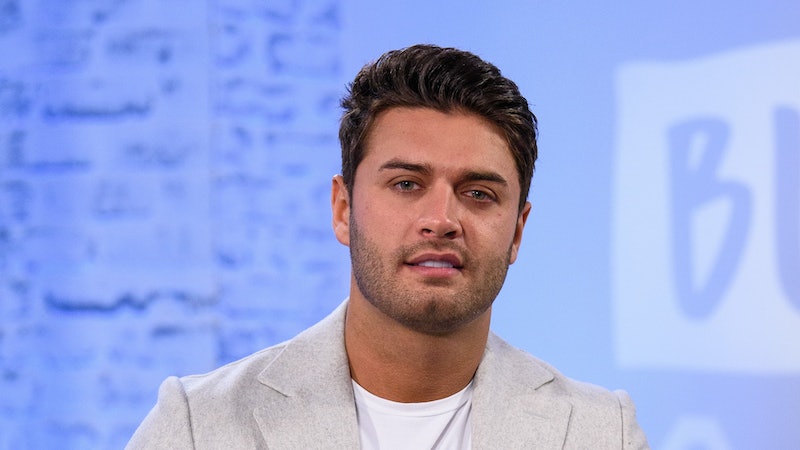 The news that Love Island star Mike Thalassitis had died came as a devastating blow to family, friends, and fans of the 26-year-old, and to the world of reality television. Shortly after his death, discussions surrounding the impact reality TV can have on the mental health of its participants began to emerge — and some have since questioned the aftercare received by those individuals. In light of this, ITV have today released a statement that explains that Love Island is changing its aftercare policy to help offer more support to contestants.

In a statement sent to Bustle, ITV first paid tribute to their "remarkable and charismatic" former contestant. The statement read: "Everyone at Love Island is so shocked and absolutely devastated with the tragic news of Mike Thalassitis. The Mike we knew was a remarkable and charismatic young man who made a huge impression both on the Love Island team and on viewers of the show. Our thoughts and deepest sympathies are with his family and friends at this difficult time."

The ITV show then stated that, after conducting an independent review carried out by Dr Paul Litchfield (an experienced physician and a Chief Medical Officer), the team have decided that Love Island will now extend their support and offer therapy to all Islanders, and not just to the contestants who reach out for aftercare.

The ITV series will now also assist Love Island participants in preparing for life after the villa. In the statement, the show states that they "will be delivering bespoke training to all future Islanders to include social media and financial management. The key focus will be for us to no longer be reliant on the islanders asking us for support but for us to proactively check in with them on a regular basis."

The statement concludes by acknowledging that the national conversation on mental health goes beyond Love Island, and that these conversations have never been more important. They noted that ITV has previously worked with various mental health charities, including CALM (Campaign Against Living Miserably) on Project 84, a campaign that saw the unveiling of 84 life-sized male sculptures. The number 84 represented the number of male suicides that occur, on average, every week in Britain. ITV have also previously worked with both CALM and Samaritans on the long-running soap opera Coronation Street, tackling the issue of male suicide.

As previously reported by Bustle, many reality TV stars paid tribute to Thalassitis on social media in the days following his death, sharing memories of the him and sending well wishes to the family.

In addition, some contestants voiced their concerns about the aftercare process on Love Island and other reality TV shows. Former Islander Rachel Fenton, who took part in the 2017 series, wrote on Twitter: "I hope this educates Love Island producers to provide the necessary support to everyone who enters the show." The 23-year-old then continued on to say that she hopes the aftercare process will be changed in the future. She added "You get a 'chat' with a mental health nurse before you enter the villa but that's it. Not a single thing after you leave. I hope to god this changes. This cannot continue." Other former Islanders, including Dom Lever, Jess Shears, and Malin Andersson expressed similar concerns via social media.