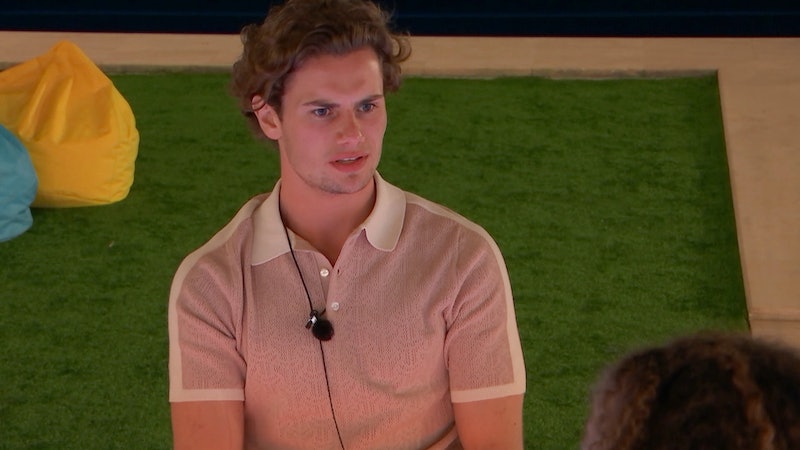 Watching any kind of "reality" TV requires a slight suspension of disbelief. But you know that Love Island could never be completely scripted because, well, I mean, have you heard some of the stuff the contestants say?! You just can't make that kind of stuff up. But that still doesn't mean it's the realest of the real. There's plenty of glosses to the show, and sometimes it might seem a just a little bit produced. So, with all that in mind, I want to know: is Love Island ever live? Because sometimes I just want to experience the action in the villa as it happens, so I can really see what these lovelorn beauties are like.

As The Sun reports, what you're seeing on telly is never actually live, but rather, one or two days in the past. That's still a pretty quick turnaround for producers and editors though, if you ask me. However, if you do want to see the contestants in all their unmediated glory, then Caroline Flack serves that up when she hosts the Love Island spin-off show After Sun which broadcasts live every Sunday at 10 p.m., following the main show on ITV2.

The much beloved comedian James Acaster is set to take a seat on the After Sun couch alongside whichever unlucky contestants get booted off, Flack confirmed to the Radio Times, and you can get tickets to the show by registering your interest at the Applause Store.

While typical reality TV show formats like Big Brother would have you assuming that the eliminations would also be aired live, that's not actually the case. As iNews reports, eliminations take place a day before you at home get to see who's been booted off the villa. That means, as of writing, someone has departed from the island that isn't actually an island, and I've no idea who it could be.

But that might actually be a blessing for the contestant in question TBH. Giving them 24 hours to cool off between being voted off from the villa and having to face a public desperate for info should hopefully give the evictee some time to be prepped before they're launched into the outside world post their fifteen minutes of fame.

The delay is still relatively new for the show though. The first couple of series had a weekly live instalment, but it all became a bit too much for the producers to handle. As the show's commissioning editor Amanda Stavri told Digital Spy.

“What ends up happening is not only do the producers have to build up editorially to this particular night, the Islanders took it upon themselves to prepare for the eviction night, in terms of their behaviour, the tactics they play, and apparently the girls would be in makeup from about two in the afternoon – right through to the live show!”

So, a bit like looking up at the stars, when you watch Love Island, you're watching the ghosts of the past.