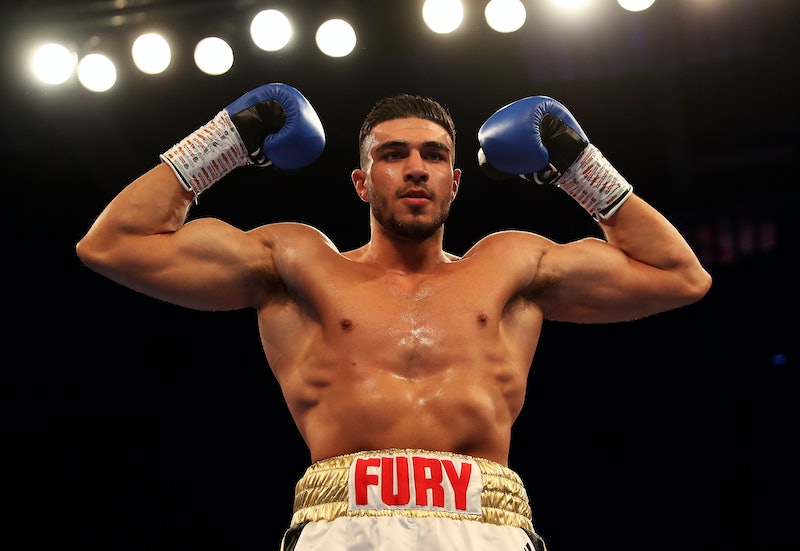 It's the most magical time of year. There's a warmth in the air and the evenings are becoming longer and longer. But scrap that, we all know the real magic is what's about to kick off on Love Island. The contestants are all tanned and ready to go, but the question is, have you seen any of them before? In the past there have been some well-known names on the show, but this year one stands out. Although he might be fury-ous at people asking this, I have to know, is Love Island's Tommy Tyson Fury's brother?

Well, let's jump straight to the point and say that yes, Tommy is the younger brother of heavyweight boxer Tyson.

Tyson is famous around the world for his boxing career, and Mike Tyson (the man who inspired his name choice) has said of him: "He is the best heavyweight champion of the world since myself. He is the man, I don’t care what anybody says," reports EuroSport.

But it looks like the sport is pretty important in the Fury family as not only was the brother's father a boxer, according to the Mirror, but Tommy is as well.

As the Radio Times reports, Tommy spilled the beans on the connection but was keen to say he is an individual and not just someone's brother:

He went on to say that he won't be relying on his brother's name for anything:

"I never really mention who I am. As far as I’m concerned I’m nobody, I haven’t accomplished anything. I’m not going to lie about who I am, if they ask then I’ll tell them. But it won’t be something I’ll be bragging about because that’s just not my style."

Tommy spoke about his brother's thoughts on him entering the villa and, guys, apparently Tyson is very pro his lil bro finding love in the house:

"My brother went, ‘Go on, lad!’ It is what it is, at the end of the day. We’re here to have a good time and find a love partner. I would like to find that myself."

Tommy is 20 and hails from Manchester, the Radio Times reports, and speaking about his intentions in the house, he made it clear that his mind won't be on the ring while he is in the villa. "I'm a professional boxer but this summer I'll be a lover not a fighter."

So what has Tommy got to say about his type on, or off, paper? According to the Radio Times reports "While his celeb crush is Ariana Grande ('She’s fire!'), Tommy is looking for someone sporty, blonde and with a good tan."

And will he find his dream girl? I guess we'll have to watch to find out.