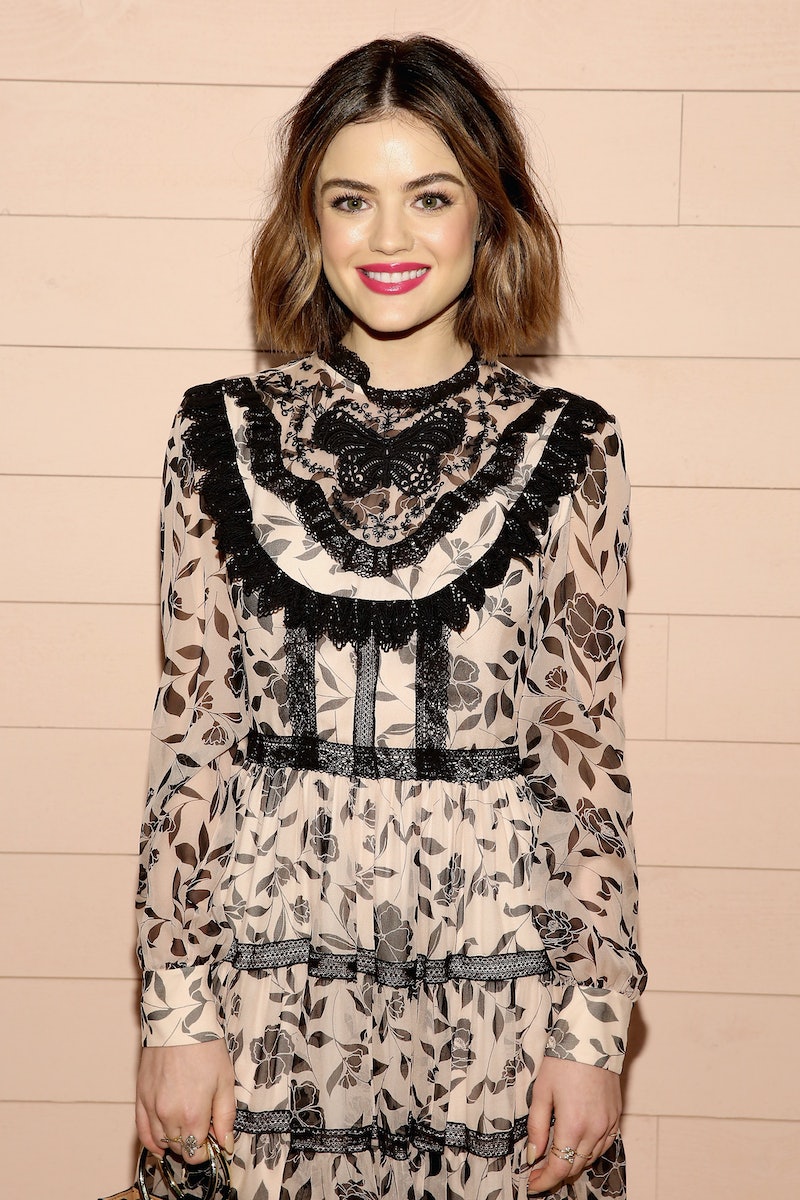 It's never easy to watch a favorite show come to close, so when it was revealed that Pretty Little Liars would be getting a spinoff series, fans were understandably thrilled. Titled Pretty Little Liars: The Perfectionists, this new project stars some of your old PLL faves, including Sasha Pieterse as Alison DiLaurentis and Janel Parrish as Mona Vanderwaal, but what about some of the other Liars? For example, will Lucy Hale appear in The Perfectionists at some point during the season or has the chapter on Aria Montgomery closed for good?

It seems as though there's both good and bad news on this front. The bad news is that it doesn't look as though Hale will pop up at any point during the show's first season. However, the good news is that she seems more than willing to do so in future seasons if the opportunity were to present itself. During a recent interview with Us Weekly, Hale discussed the upcoming spinoff and her thoughts about possibly reprising her PLL role at some point. “I don’t know much about it. I’m equally as curious as everyone else as to what they’re doing with it,” Hale told the outlet. “I think the fans of the show will be happy because I think they segue it nicely and it will tonally be very similar.”

But while Alison and Mona will all be part of the central plot, Aria will be MIA for the foreseeable future. But when it comes to an eventual appearance, Hale tells fans to never say never. "This season, no. But there’s always the possibility of that," she added during her Us Weekly interview.

Considering that the series will focus mainly on a new group of friends known as the Perfectionists, it makes sense to not have all of the Liars return to the small screen, at least at the very beginning. The show needs a chance to stand on its own two feet before bringing too many beloved characters back at the risk of upstaging or overshadowing the new characters and storylines. But if the series does well and gets a second season pickup, then anything is possible.

This also isn't the first time Hale has showed enthusiasm on coming aboard the series. While speaking to Access back in September, she definitely seemed to indicate that the option was on the table, saying:

"[A reunion] for all the girls? Yeah, I think so. You know, they’re doing the spinoff and I think, maybe. However, it doesn't seem like there are concrete plans for a major reunion in the new show yet. I don’t know like what they’re doing with the show and how it intertwines with PLL or how they’re making it work. But I’m excited. I’m so excited for everyone and yeah, I think a reunion is very possible."

Granted, Hale is proving to be quite busy these days and will soon be starring in the Riverdale spinoff as Katy Keene, so who knows if her schedule will allow for any such cameo in the foreseeable future. But regardless, it's encouraging to know that she's be down for playing Aria again in the opportunity arises. So don't give up, PLL fans! We may get an epic reunion yet.