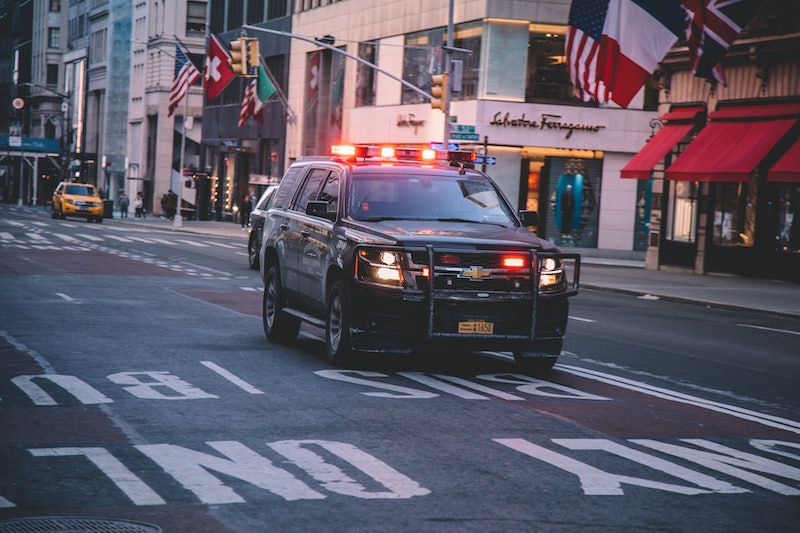 There are many dark and horrific corners of the internet, and Netflix's latest crime documentary explores what happens when a killer harnesses that global audience. Don't F**k With Cats: Hunting an Internet Killer follows the hunt for Luka Magnotta, a Canadian man convicted in 2014 for killing and dismembering a Chinese international student named Jun Lin, mailing his body parts to political parties in Ottawa and two schools in Vancouver, and then uploading the murder video online. Five years later, Magnotta is still in prison, where he'll likely remain for the rest of his life.

Per CBC News, after a 10-week trial Magnotta was found guilty of first degree murder, as well as four other charges: committing an indignity to a body, distribution of obscene material, transmitting obscene material through the mail, and criminal harassment. Magnotta is currently serving a life sentence for first degree murder, with no possibility of parole for 25 years. He was sentenced to another 19 years for the other four charges.

In 2010, Magnotta figured out how to get true internet attention: he uploaded a video titled "1 Boy 2 Kittens," which showed Magnotta in a hoodie suffocating two kittens. The video immediately inspired a wave of shock and disgust online, and a manhunt was started by internet sleuths to first unmask him, and then determine his location.

Magnotta went on to upload at least two more videos featuring killed animals. The internet detectives repeatedly brought their findings to the Montreal police, but were always told it was "just cats."

Then on May 25, 2012, Magnotta uploaded a video titled "1 Lunatic, 1 Ice Pick" to a gore website, which depicted the murder of Jun Lin. Toronto City News reports that international police launched a search, and within a week they found Magnotta in a Berlin internet cafe reading about his own crimes.

Not much has changed since Magnotta went to prison. True crime author Brian Whitney teamed up with Magnotta's mother Anna Yourkin to write My Son, The Killer in 2018, and Whitney revealed to National Post that Magnotta "presents the same way now as he did back then. Haughty and above it all."

Whitney added that he thinks Magnotta believes "society is sick — not him. He feels (or at least says) that people are obsessed with him, constantly making things up, gossiping about him, etc." The book includes details about how Magnotta is spending his time in prison, from the movie nights to language classes, as well as his marriage to a fellow inmate last year.

Though the book — and Don't F**k With Cats — feel like they veer too close to glorifying Magnotta (and giving him that very spotlight that he craves), Whitney told the National Post that he doesn't think it's beneficial to "ignore things that make us uncomfortable or disturb us," but instead try to learn from them and hopefully "help us combat such things as a society in the future.”

More like this
The Dog & His Handler In 'Gunther’s Millions' Are Worth, Well, Millions
By Gretchen Smail
A New Netflix Doc Will Explore The Unsolved Murder Of Jill Dando
By Sam Ramsden
This First Look At 'The Gold' Shows Jack Lowden In A Whole New Light
By El Hunt and Sam Ramsden
Rachel Nickell’s Son Wants The Police To Take Accountability Over Errors
By El Hunt
Get Even More From Bustle — Sign Up For The Newsletter
From hair trends to relationship advice, our daily newsletter has everything you need to sound like a person who’s on TikTok, even if you aren’t.