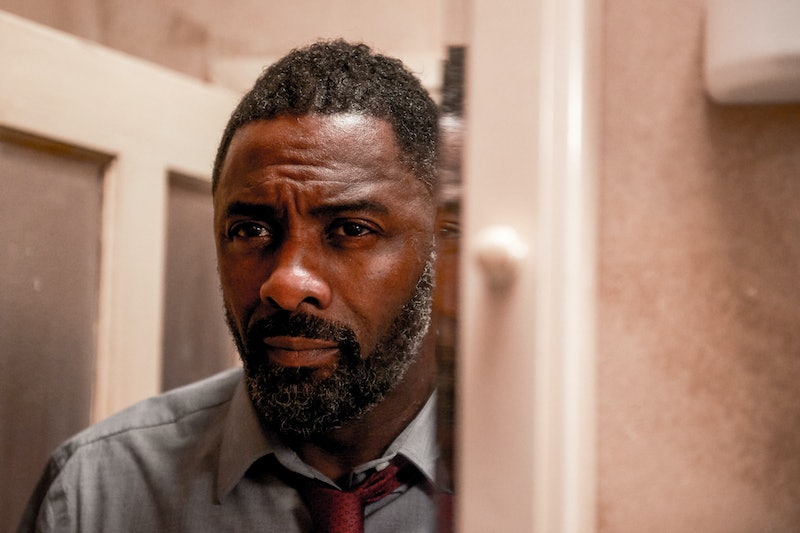 One of TV's scariest and most suspenseful shows is due to make a post-Christmas comeback, and I couldn't be more hyped for it. The crime show, which is headed up by the incomparably dreamy Idris Elba, has boasted some of watershed TV's most elaborate and imaginative murders which John Luther aka Elba has had to solve. This comeback special is no different. But what twisted mind thinks of this kind of stuff? Is it all just made up or have the Luther writers taken inspiration from elsewhere? Before watching I want to know, is Luther based on real cases?

Thankfully, Luther seems to be all fiction and imagination. That might not help you sleep better at night after watching the show, but at least you'll spend those sleepless hours knowing that there probably won't be a man hiding underneath your bed.

If you're still feeling scared, you're not alone. Luther's head writer Neil Cross told the BBC ahead of the show's pilot on May 4, 2010 that the experience of writing for the show was "petrifying," and added: "At times it felt like I was strapped to the nose cone of a rocket." Even if it is "just fiction," Luther still collides with real life.

"When I’m playing Luther I have to be very intense," Elba told The Mirror on Jul. 2, 2013. That feeling follows him long after filming, as he admitted that playing Luther gave him a kind of depression. "It’s been a struggle to shake off this character, and that darkness continued into my personal life," he said, citing the time he "had to pull a dead body down which had been hung from a tree," as one grim example of many. "That kind of disturbing memory tends to stick with you once you finish and go home."

If you're like me — and it seems like quite a lot of you are in this one particular case — then you can't help but treat Luther as though it's real, too. "I heard a lot of people stayed in their living rooms," Elba told Entertainment Weekly on Sept. 3, 2013. "A couple was huddled up on a sofa — a true story — and I was like, ‘You’ve got to be joking! There’s two of you. Why couldn’t you go to sleep?'" C'mon, Elba admit it. I bet you have to sleep with the nightlight on, at least.

Will series five of the show ease up on the scary stuff? Nah, don't think so. Elba and the rest of the cast promised Digital Spy on Dec. 29 that the upcoming series will be the scariest one yet. While you can expect "some really incredible moments," Elba attests, he also told the publication that it'll also have its fair share of "f****** horrible scenes."

You might be able to gauge whether or not you have the nerve to watch it with this trailer that was released by the BBC on Nov. 12. In true Luther style it's intense, anxiety inducing, and anticipation building. If anything, it'll give you the adrenaline you need to take into the New Year. Catch the new series of Luther on BBC1 at 9 p.m. on New Year's Day, if you dare.