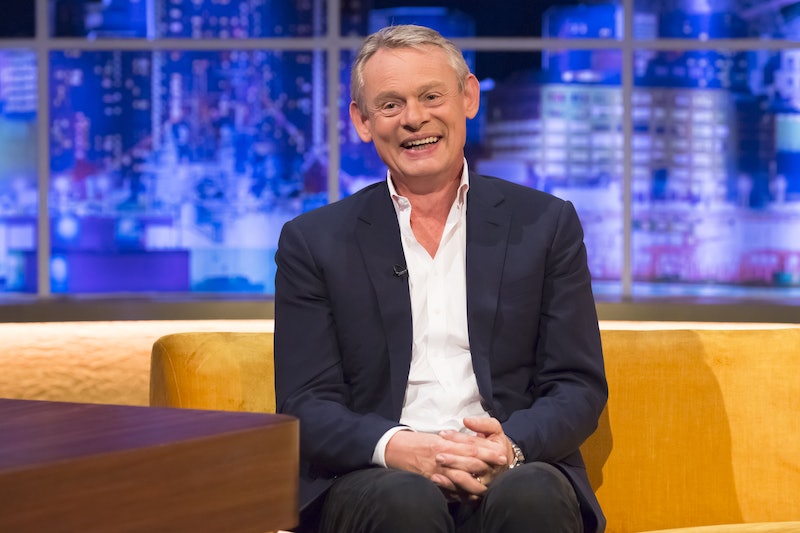 With a career spanning over 35 years, Martin Clunes has become one of the most familiar faces on British television. In Doc Martin – the show he is perhaps best known for – his character has an on-again-off-again relationship with Louisa Glasson (played by Caroline Catz), but is is Martin Clunes is married in real life?

Despite existing in the public eye for some time, Clunes has never been a celebrity to share a lot of his personal life in the press or on social media. However, according to the Telegraph, he married his first wife, actor Lucy Ashton, in 1990, but the couple separated in 1993. In 1997, he married his current wife Philippa Braithwaite, a producer who has worked on a number of shows with Clunes, including Doc Martin and Manhunt. The couple welcomed their daughter Emily into the world in 1998.

Clunes and Braithwaite pair met while working, and they continue to work together now. Although working and living together could cause problems for some couples, in 2019, Clunes told the Mirror that it works for them. "It's the way it's always been for us and it's absolutely fine," he said. "Yes, it's nice spending a bit of time on the farm on my own, but all I know is that I'm happiest when Philippa is by my side. We usually cook together. When we have a roast on a Sunday, for instance, I'm the one in charge of the meat and the gravy."

According to Smooth Radio, Braithwaite and Clunes live in Beaminster, Dorset, where they run a farm with horses. Sounds very idyllic. Clunes told the Irish News that he proposed to her at the end of a work trip in Hawaii. He said, "I'd done San Francisco and Hawaii on the same trip and she came out at the end of the Hawaii shoot. It was the longest we'd been apart, and I missed her so much that I proposed," he said.

As previously mentioned, Clunes and Braithwaite have one daughter together, Emily. With two parents in TV, you might guess that Emily would follow the same career path. However, it’d seem that the place they live has had more of an influence on Emily as she has a passion for horses. Clunes told the Mirror, “She’s studiously avoided everything we do. In September she starts her Equine Science degree with her horse Dennis in tow. They are both going on to further education together – how dreamy is that?"

Between working together on some of Clunes’ biggest shows and living on a beautiful countryside farm, it seems these two have a quiet life even Doc Martin would envy.