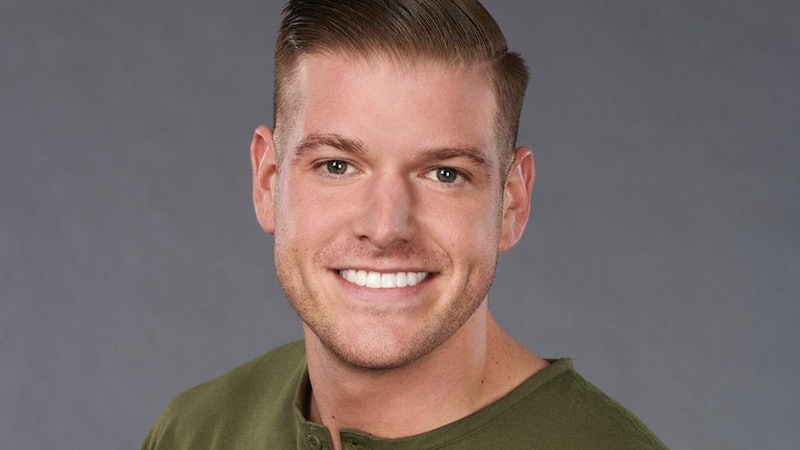 When 30 men are competing for the heart of one woman, it can be challenging to stand out. But while Matt Donald didn't manage to capture Hannah B.'s attention on The Bachelorette and was sent home on the first night, fans instantly took a liking to his Southern charm and were sad to see him go. His kind demeanor and seemingly genuine intentions is enough to make anyone wonder if Matt Donald is still single after The Bachelorette. Even though he may not have been the right fit for Hannah, that doesn't mean he isn't exceptionally rose-worthy and more than ready to dive into a solid, committed relationship.

Typically, contestants on The Bachelor and The Bachelorette keep their relationship status on the down-low while their season is airing as to not give away what happens. However, considering that poor Matt was eliminated on the first night, he's been able to be pretty open about his love life on social media, all of which points to the conclusion that he isn't dating anyone — at least not right now.

Though when it comes to this particular franchise, that answer could change at any given moment, especially if you're as likable as someone like Matt.

"Took an L on the bachelorette but that doesn’t mean I’m not still lookin’," Matt captioned a photo he posted to Instagram on June 3. Clearly, this guy still have love on the brain and is eager to find his perfect match, whether it happens on-camera or away from prying eyes.

His elimination feels somewhat parallel to Grocery Store Joe's first-night departure from Becca Kufrin's season of The Bachelorette last year. He became an instant fan-favorite only to be shown the door that same night. Matt's journey has proven to be somewhat similar so far, but that may not necessarily be a bad thing. After all, Joe went on to star in Bachelor in Paradise, where he met his current girlfriend Kendall Long. This also led to him joining Dancing With the Stars.

Needless to say, just because you have a rocky start on reality TV, doesn't mean it can't work out for you in the end. Hopefully the same will be able to be said for Matt.

However, until that point comes, Matt is enjoying the single life and has made a point to keep his sense of humor in tact. "Just third wheelin’ while four wheelin’," he captioned an Instagram post back on June 27. This guy's got jokes. There's no way he'll stay on the market for very long.

In regards to what this could mean for his future in the Bachelor franchise, Matt admitted during a recent interview with People that he would absolutely join Bachelor in Paradise Season 6 if asked. “If Paradise is offered I would definitely go,” he told the outlet at the time. “I believe in this process and could see myself falling in love there.” Matt's name wasn't included among the list of cast members heading to Mexico, but that doesn't mean he couldn't end up making an appearance in later episodes. If anyone deserves another chance at finding love, it's this guy.

More like this
Kaitlyn Bristowe Said Chris Harrison Ignored Her After Her 'Bachelorette' Hosting Gig
By Grace Wehniainen
Rachel Responded To 'Bachelor' Fan Theories About Her TikTok With Clayton
By Grace Wehniainen
Zach Addressed His "Boring Bachelor Energy" After His Group Date With Latto
By Grace Wehniainen
All The Clues Zach & Christina Are Together After 'The Bachelor'
By Grace Wehniainen
Get Even More From Bustle — Sign Up For The Newsletter
From hair trends to relationship advice, our daily newsletter has everything you need to sound like a person who’s on TikTok, even if you aren’t.