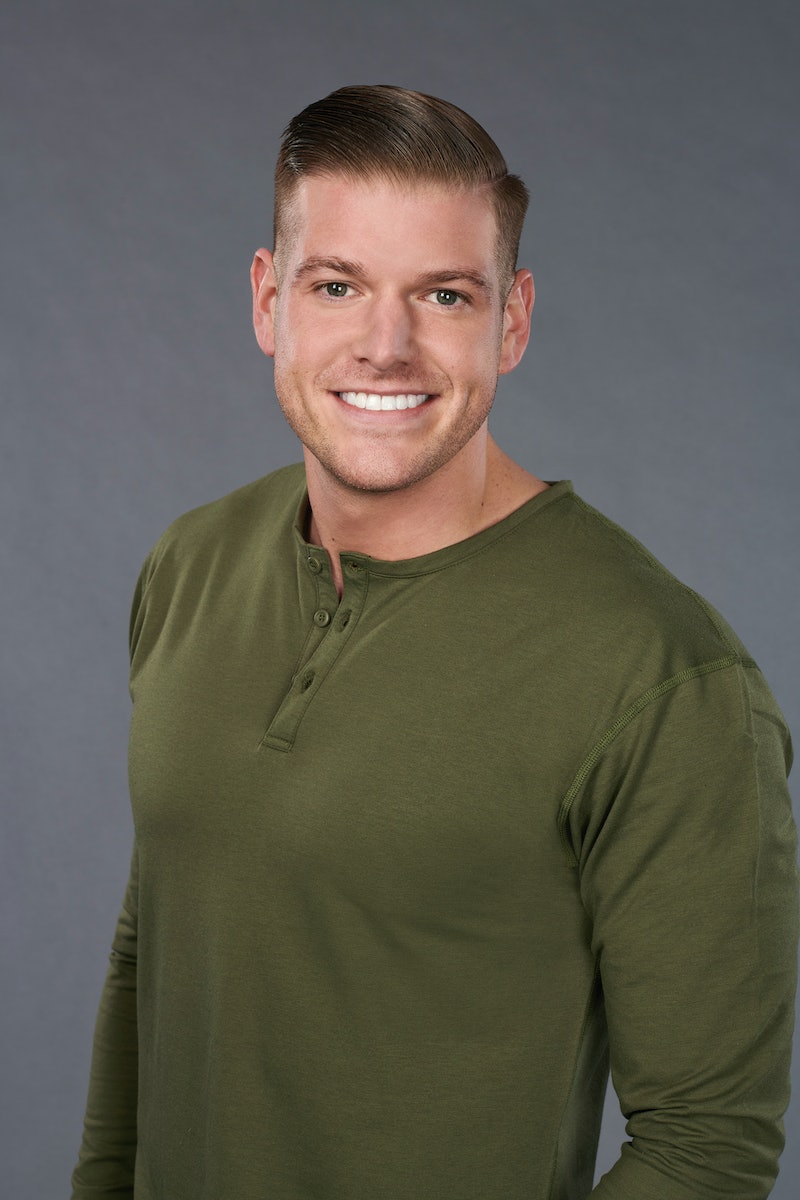 With another season of The Bachelorette upon us, there's a brand new crop of male suitors to analyze. Hannah Brown is the next lead, of course, but who are some of the men competing for her (and her Beast alter ego's) heart? Whoever Hannah gives her final rose to, they'll have to know a thing or two about Alabama football in addition to working "Roll Tide" into conversation from time to time. Bachelorette contestant Matt Donald certainly seems to fit that bill.

Matt D.'s official Bachelorette bio even mentions his love for 'Bama football. Apparently Matt D. is also in medical device sales (no "Chicken Enthusiast" or "Aspiring Dolphin Trainer" here). His bio states, "When he's not killing it in the medical device sales game, he's spending time with his family and watching Alabama football." Um, this already sounds like the perfect match?!

It also mentions that he's got the Southern Gentleman thing down pat, as he's described as "an old-fashioned guy who loves to bring flowers to a girl on a first date." He's 26, so two years older than Hannah B. And though his official bio lists Los Gatos, California as his hometown, one gets the feeling that he knows a thing or two about Southern hospitality. So, is it almost confirmed that Matt D. is walking out of the limo with flowers?

His Instagram is private (for now), only adding to the mystery behind this contestant. But Matt D.'s handle is @oldmattdonald22 (we see what he did there) for those who want to hit refresh until it's likely made public before the premiere. Matt D.'s got just over 800 followers, but we get the feeling that's about to change after the first episode. His bio features a suit-and-tie, soccer ball, and fitness emoji, which indicates that while he might be all-business during the day, he uses physical activity to unwind. (If a group date on a soccer field happens this season, you can bet Matt D. will be chosen first.)

A potential hometown date with Matt D. would cover uncharted territory for the Bachelorette franchise, as his bio mentions that both Matt's parents and brother are deaf. So, Matt "grew up speaking sign language," which could make for a great ice breaker night one at the mansion. Other fun facts fans can find from Matt D.'s bio include his love of salsa dancing (even though he might not be the best dancer) and that his biggest fear is being trapped in a room full of spiders.

A deep dive into Matt D.'s LinkedIn shows that he graduated with a Bachelor of Science in Psychology from High Point University, where he also played Division 1 soccer. As accomplished as Matt D. already is in his professional life, it seems love might be something he's still searching for. Could Hannah B. *be* 'the one'? Matt D.'s bio states that he says he "loves Hannah and he hasn't even met her." That certainly has the potential to be either super-sweet or a *little* odd.

Fans will just have to wait and see if Matt D. and Hannah B. are a match made in "Roll Tide" heaven or if he'll have to cheer on Alabama solo.