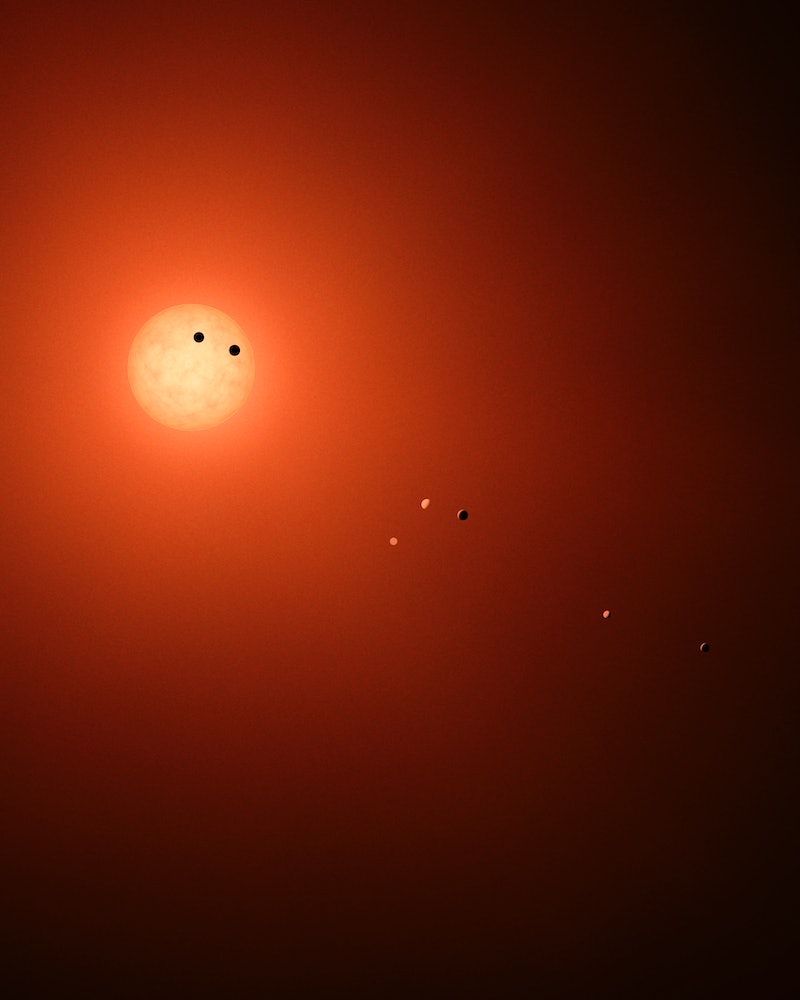 We're now officially one day into Mercury's second retrograde cycle of 2017, so with the ill effects of Mercury retrograde potentially hanging over our heads, millions of people are likely wondering the same thing: is Mercury retrograde real? Astrological concepts are based on the theory that the activity of the other planets in our solar system have an affect on our life here on Earth. But still, they're just that — theories. And while many plausible scientific theories are woven into our awareness and education, astrology doesn't even fall into the "scientific" category — which is why it was missing from our textbooks. So, what's the truth here?

According to the University of Berkley, in order for something to qualify as a scientific theory, it must be testable, it must rely on evidence, and it must involve an active reviewing and researching from the scientific community. Because astrology is so vague and intangible, astrologers are unable to follow the proper research protocols that are required to deem it scientific.

In 1988, professor Steven Goldberg discussed the issues with astrological credibility in a New York Times Letter to the Editor titled "No Reason to Believe That Astrology Is True." In it, he said that the scientific community would be very happy to consider the concept of astrology as valid if there were any evidence of celestial events having an affect on our personalities — or existence at all. But unlike the proven correlation of the tides and the position of the moon, (which might have initially evoked skepticism by those that cannot personally measure the facts) astrological concepts are far too obscure to tie to proof. Goldberg goes on to say, “That astrologers use maps of the heavens that have been obsolete for thousands of years and that astrology sees some small, distant objects exerting a greater force on us than some close, large objects (contrary to our observation that every known force of nature weakens as mass diminishes and distance increases) further justify the denial of astrology that would be justified by the absence of correlations.”

And according to a recent statement from NASA, “[Astrology is] not science. No one has shown that astrology can be used to predict the future or describe what people are like based on their birth dates.”

That said, millions of people all over the world not only believe in astrology, but use it as a daily compass, justification and comprehension guide. Even in 2006, when The New York Times did an in-depth statistical study on the rate of chaos during one of Mercury’s retrograde periods and determined that if anything, there was a decrease in crime, injury, delays, and cataclysms. But before you wag your finger at someone plastering your newsfeed with pro-retrograde propaganda with your now hardened scientific skepticism, consider this: if you believe it, it’s true. If you believe that from Apr. 9 to May 3 you’re going to experience set backs, miscommunications and disappointments, you likely will — someone who believes in the negative effects of Mercury’s retrograde is more likely to notice negative happenings. If you’re looking for a sign, you’ll find one.

As someone who is resistant to the belief that extra planetary movements have intra planetary effects, I’m less likely to notice a train running late or that a relationship is more strained than usual. But as a believer, you might pick up on the delays, the dismays and the disruptions. And therefore for you, retrograde’s effects are real.

But if you’re looking for some cold hard facts to lay on your friends who are encouraging each other into a chaotic unraveling over an ignored text message or glitching computer, tell them this: Mercury’s retrograde is nothing but an optical illusion. The planet never actually goes backwards, rather during different periods of time, our perspective of the planet changes because of our alignment and the position of the sun. So to combat the “effects” of retrograde, all one needs to do is alter their perspective. If you don’t give into the negative expectations, you won’t receive negative fulfillment. Put your energy and faith into positivity, and the next month could be a great one.