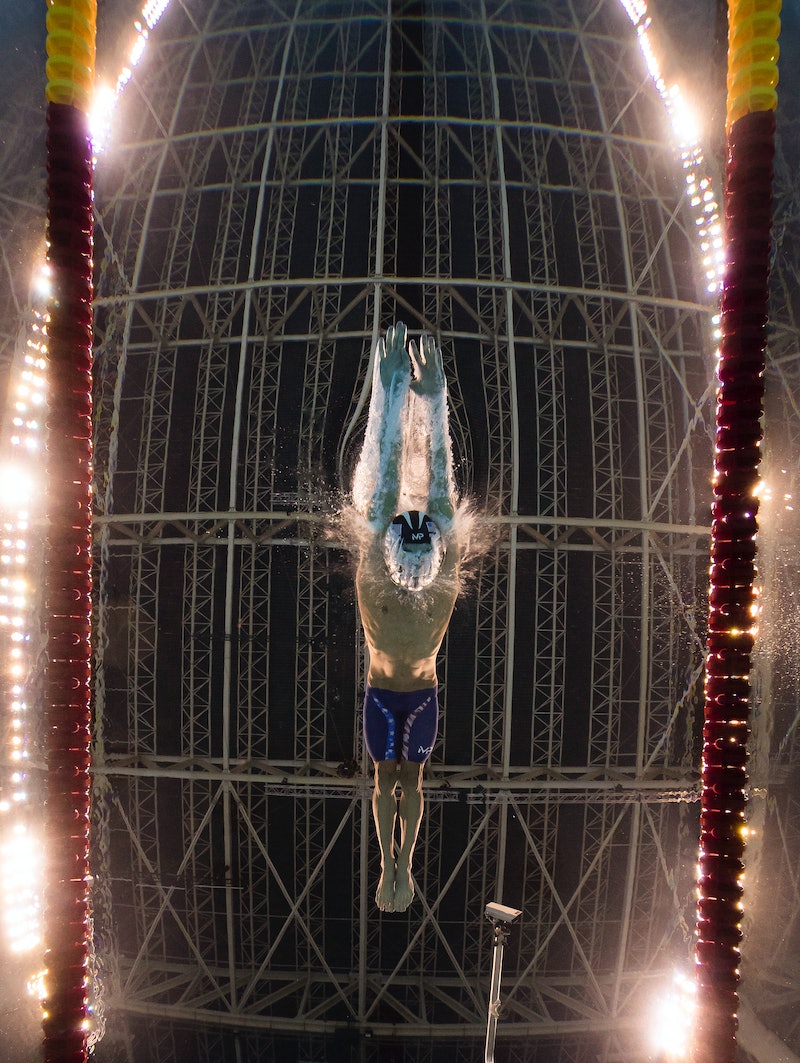 Discovery Channel's biggest Shark Week event of 2017 is Phelps vs. Shark: Great Gold vs. Great White, but what about Phelps makes him the most qualified human to race a great white shark? Phelps has scored a momentous 28 Olympic medals during his swimmer career, meaning he's clearly and accomplished swimmer. But does that mean Michael Phelps is the fastest swimmer in the world?

When it comes to records, Michael Phelps is no slouch. According to FINA, the International Swimming Federation, Phelps currently holds three records for the 100m butterfly, 200m butterfly, and 400m individual medley. This makes him the fastest swimming in the world in those specific categories — but is that enough to beat a shark in a race? According to NBC Sports, the shark race lasted 100m in open water. While Phelps holds the world record for 100m butterfly, it was probably difficult to get the shark to also do the butterfly to ensure a fair race. If the human race absolutely wanted to put the entire shark species in its place for a standard 100m, Discovery Channel should've brought in César Cielo.

According to FINA, César Cielo currently holds the world record in the 50m and 100m freestyle. Cielo's time in the 100m freestyle of 46.91 is impressive whether you are a human or a shark, making him the top candidate for the race that has been created for Phelps V. Shark.

There is no consensus on who the fastest swimmer in the world is because there are so many different types of swimmers. Michael Phelps is unparalleled when it comes to the butterfly stroke , but it's hardly comparable to a swimmer doing freestyle. Similarly, while César Cielo has the world record for 100m freestyle, he likely couldn't do better at the 1500m freestyle than world record holder Yang Sun. When it comes to being the ideal competitor, it's not about who is objectively the fastest in the world. It's about who can beat the shark.

Of all the records for various 100m events, César Cielo has the absolute fastest at 46.91. Michael Phelps 100m butterfly time comes in at an impressive 49.82, but those three seconds are absolutely crucial when you're racing to be faster than a great white shark. Of course, neither Cielo or Phelps have experience racing in open water. They're used to still pools, not active oceans. This, along with the fact that great whites can reach a speed of 25 mph where Michael Phelps tops out at around six mph, indicates that the shark may have an unfair advantage no matter what human went up against it. But, despite all of the disadvantages, it may be Phelps' Olympic spirit that helps him overcome the shark and win gold on behalf of the entire human race. Tune in to see the action July 23 at 8 p.m. ET on Discovery.