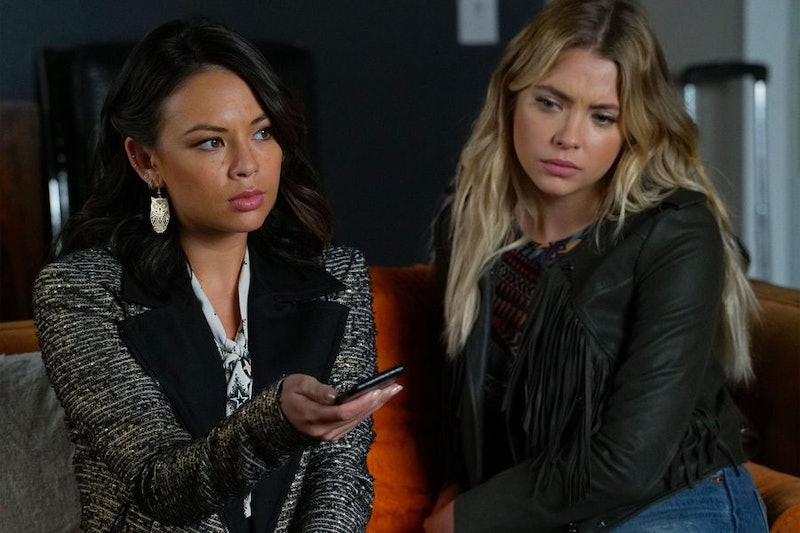 I have never trusted Mona. Sure, I've felt bad for her here and there throughout the years watching Pretty Little Liars since she is an eternal outcast. Nevertheless, she has done too many awful things to recap. Now I just want to know — once and for all before this series ends — is Mona A.D. on Pretty Little Liars?

It sure seems like Mona is A.D. since she has that creepy secret lair in her apartment, she is all-knowing about Aria's compliance with A.D., and because she was shown wearing glasses and working on the game board at the end of the episode. But come on, would the writers of this show actually make Mona A.D. in such an obvious way in an episode that is not even the series finale? Definitely not. If I've learned one thing for certain in my years as a viewer, it's that nothing is as obvious as it seems. These people love to keep the fans guessing.

Plus in the preview for the next episode, Mona complains "someone is always stealing the game from me." This makes me think that Mona may have tried to be A.D. but she has been manipulated (yet again) to be an evil sidekick instead of an evil mastermind.

Clues aside, I think that the biggest clue that Mona is not A.D. is the fact that there are so many extremely obvious clues that she is A.D. This show has never gone for the obvious and there's no way the story line will take that path in the grand finale. And you can hold me to that.