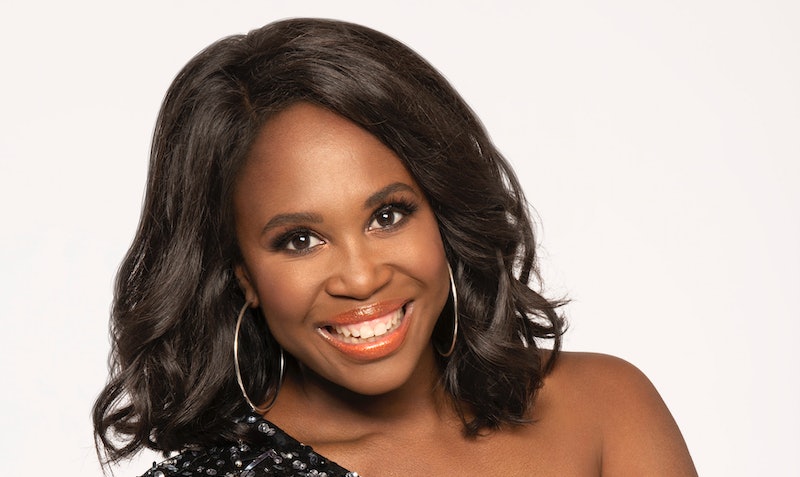 The BBC ballroom phenomenon Strictly Come Dancing has returned, and this time around viewers will be welcoming a brand new face onto the judging panel in the form of professional dancer, Motsi Mabuse. Now, the Strictly newcomer might sound a tad familiar, most likely because of her relation to fellow Strictly star, and The Greatest Dancer captain, Oti Mabuse. But what else is there to know about the ballroom show's freshest face? And is Motsi Mabuse married?

According to The Sun, Motsi is married to the Ukranian professional dancer, Evgenij Voznyuk. The couple share one child, and first became an item in 2014 after winning the German Latin dance contest together. The pair first tied the knot in a small legal ceremony, however, friends and family eventually got in on the celebrations, and the professional dancers hosted a much larger Majorcan wedding in 2017. As reported by iNews, Mabuse married her first husband way back in 2003, whom she first met at the British open championships in Blackpool. The former-couple competed in various international dance competitions from their home in Germany, however, the pair split in 2013 after ten years of marriage.

In addition to family life, the Strictly star has enjoyed a very successful television and dancing career, and according to Hello! Magazine, Mabuse is a former South African and German Latin Champion. As well as her latest BBC gig, Motsi has also appeared on the German talent series Let's Dance, and during the show's fourth season, Mabuse graduated from professional dancer to a fully-fledged judge.

As mentioned previously, Motsi currently has a seat on the 2019 Strictly Come Dancing judging panel, and as reported by Digital Spy, the newcomer has been awarded the seal of approval from fellow judge, Shirley Ballas. Speaking on The One Show about her relationship with Mabuse, Ballas explained, "Well, Motsi and I go back a long way. I judged her for a long, long time. Always her best judge, might I add! She's just a bundle of energy. She's like opening a champagne bottle. She's full of bubbles. Well-educated in her trade, and I think she's going to fit in just perfectly. She's beautiful on the outside, beautiful on the inside. Very constructive but positive. I'll have energy on my right and energy on my left!"

Due to her past TV experience, Mabuse is well equipped to take on the role of Strictly Come Dancing judge, and prior to her debut on the series, Mabuse told BBC News, "I've danced before, so I know how it feels to stand in front of judges and be critiqued. I know how it feels to work hard and to work with a celebrity. I've danced all my life, so I know what type of work is needed." The dancing pro went on to explain that she is aware her feedback can have a serious impact on this year's contestants, and added, "I know the power of words. That means I'm really quite aware of what's going on with the celebrity and I just want to keep them quite encouraged and to find their limit."

Strictly Come Dancing airs on Saturday and Sunday evenings on BBC One.