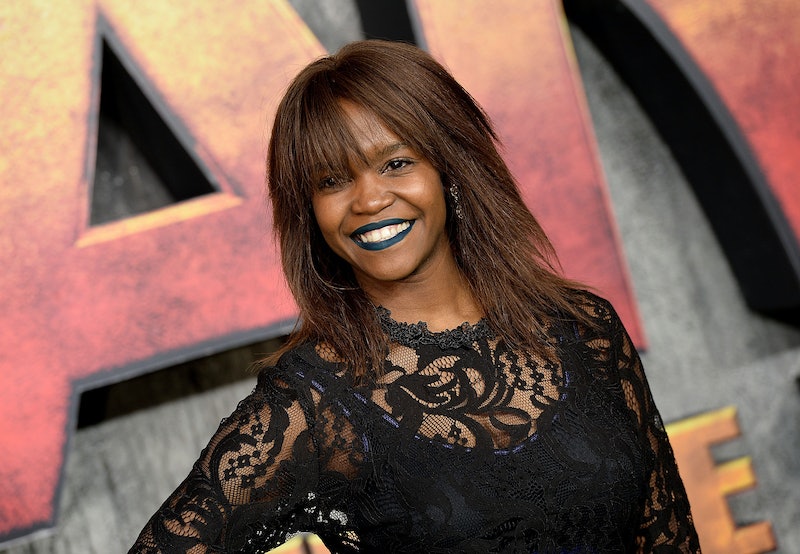 Nothing gives you a better insight into someone than how they watch TV. While it might not seem like it at the time, sitting down to watch some telly with someone is a pretty intimate experience. Channel 4's Gogglebox only proves my theory. Since it's landed on the box, the show's given viewers a window into the lives of others via how they react — laughing, crying, raging — to the shows you know and love. And now that Celebrity Gogglebox is returning, Oti Mabuse is bringing her sisters Motsi and Phemelo along for the ride, so that you can get a better insight than ever into one of Strictly Come Dancing's most talented dancers.

As Channel 4 announced on June 4, Mabuse is set to appear on the current season of Celebrity Gogglebox, which premiered on Friday, June 14, with Mabuse's episode debuting on Friday, June 21. Before the episode airs, I imagine your first question will be: can Oti's sisters also dance? And well, yep, dance certainly seems to run in the Mabuse family. So, while you probably know Mabuse best from Strictly Come Dancing here in the UK, one of her sisters is also enjoying some Strictly fame, but abroad.

As the Daily Express reported on June 14, Oti's older sister Motsi just so happens to be a judge on the panel of Germany's version of Strictly Come Dancing. She details much of her dance career — up to, and including Strictly — in her memoir Chili In The Blood, according to Metro. But unless you can read German, other info on Motsi is pretty scarce.

But if all that wasn't wasn't enough, Oti's other sister Phemelo also has some very impressive dance accolades. According to South African TV site (the Mabuse sisters hail from there) Phemelo achieved great dancing success in her youth, as she won the esteemed South African title in Latin American & Ballroom in the Juvenile, Junior and Youth categories. She later went onto represent South Africa four times at the World Dance Sport Championships.

Of the three sisters, Phemelo is the only one to have stuck to her hometown roots, as she still currently resides in the family's home town of Pretoria, Johannesburg, where she now teaches dance to aspiring Mabuses. So, Oti's sisters have come from pretty far to film their episode of Gogglebox in her London home. I imagine that it'll make this episode of Gogglebox even more heart-warming, as it's going to be one happy family reunion. And what better way to mark the occasion?

There's nothing more comforting than getting together with your family and just sitting down to watch some telly. It's the next best thing to getting to watch it with these three incredibly fierce and talented dancers. I can't wait to see South Africa, Germany, and London coming together, in what's set to be a very special episode of Gogglebox. Bring it on.