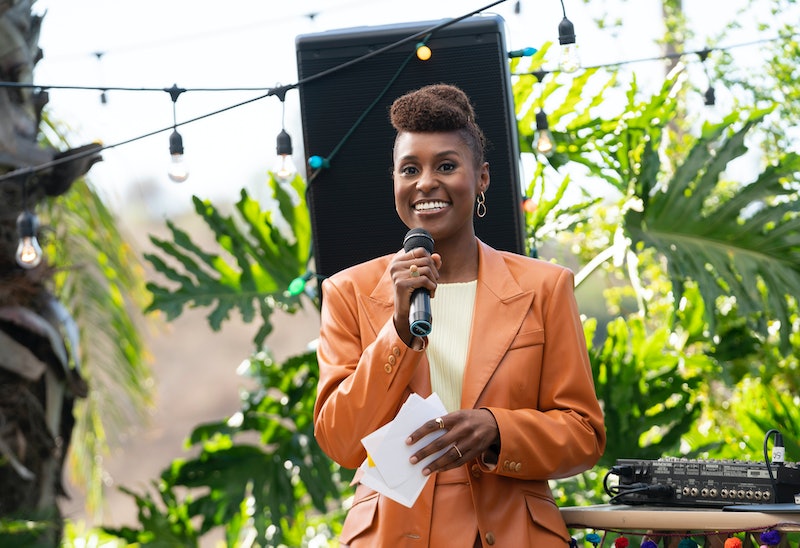 If Nathan is returning for the new season of Insecure, producers don’t want fans to be know about it. “Lyft Bae” is conspicuously absent from the Season 4 trailer and Kendrick Sampson, the actor who plays him, hasn’t yet done any press in advance of Sunday night’s premiere. After ghosting on Issa last season, it would make sense if Nathan didn't show up in Insecure Season 4 and for the newly empowered heroine to move on in love as stridently as she's doing in her career. Still, there are so many unanswered questions about what went wrong with their short-lived romance: Why did Nathan skip town in the first place, and why did he come back to try and explain himself?

For Nathan stans, there’s reason to be optimistic. It appears from the Season 4 trailer that Issa’s best friend Molly is still involved with Nathan’s roommate Andrew, which would make it tricky to excise Nathan from the story completely. And while Sampson has yet to tease an Insecure return across his social media accounts, writer and star Issa Rae suggested it in an interview with Variety. In particular, she indicated the show would take up the thread of mental health issues that contributed to Nathan’s pulling away from Issa.

“We knew we wanted to end [Season 3] with that revelation, and we knew the following season, we wanted to go into it just a little bit more,” Rae told the magazine in February. “We didn’t want it to be some big plot twist like, ‘Hey, I’ve got to tell you this.’ We want that to build gradually so you’re kind of going on that journey with him.”

That Rae sees a slow-building future for the Nathan character is consistent with what showrunner Prentice Penny said during the Insecure post-show “Wine Down” segment after the Season 3 finale nearly a year and a half ago. Then, Penny was talking about the powder keg potential of Molly and Issa’s love lives intersecting. What would happen if one of the relationship was successful and the other fizzled out all in the same LA apartment?

“Typically we’ve always had their relationships as ‘Issa’s dating this guy’ and ‘Molly’s dating this guy’ and never the twain shall sort of meet,” Penny said at the time, as reported by Refinery 29. “What’s interesting now, is what will this friendship be like? They’ve always shared stuff.” We'll see what happens with Nathan when Insecure Season 4 premieres April 12.