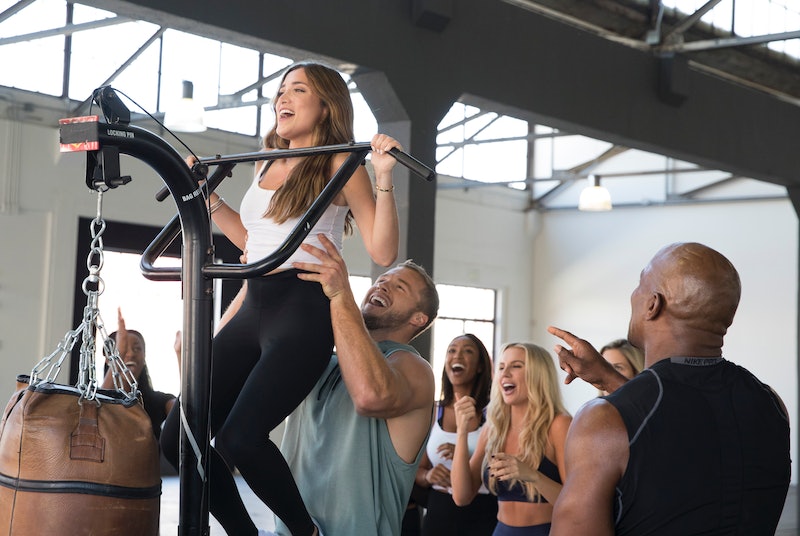 Being on The Bachelor means uprooting your whole life for just the mere chance of coming home with a huge Neil Lane diamond ring and a handsome-ish, smart-ish, kind-ish reality television star on your arm. Depending on the Bachelor himself, it may not even be worth your time (don’t at me, it’s the truth). Sometimes, the best thing a gal can do is make friends with the other woman in The Bachelor mansion, which is what Nicole seems to be doing, at least. Which had me wondering if Nicole is single after The Bachelor or not and how far she made it. This Miami-based writer and all-around funny lady seems to be having way too much fun to confirm or deny her relationship status.

There are always one or two contestants in a Bachelor season that have the best quips in the confessional interviews with producers. This year, Demi has the barbs and stings, which I mean that in the best way, and Nicole has the dry sarcasm that I best relate to as a viewer. If I could hang out with anyone on this current Bachelor season, it would be Nicole. She hasn’t had a ton of time with Colton as of yet, but that doesn’t mean she’s not having fun! At least, I’m having fun watching her.

But has she nabbed a date in Colton or in someone else since filming wrapped? It’s really hard to say. If you troll Nicole’s social media (which I seriously recommend), she’s just living her best life, talking to her followers, without a relationship in sight. Not that there’s anything wrong with that! Here's what Nicole is up to instead.

She Reveals Her Biggest Fears To Her Fans

Your dogs are your first babies, so is this one really so bad?

This one isn’t even labeled as sponcon — it’s part a zeitgeist moment, part a ploy for her to be on The Bachelorette (maybe), and I support all of it.

She Admits She Loves Broadway Like The Rest Of Us

She Shows Her Posing Struggles

Being an Instagram influencer is hard, and you have to always change up your look. Even Nicole's mom is trolling her here, which is really A+ trolling. Moms always get it done.

She Loves A Pun

Nicole's Instagram posts are lessons in how to be funny in your caption. Game recognize game, Nicole.

Is Nicole single? It's hard to say, and I'm sure there are special regulations she has to fall under as The Bachelor airs – wouldn't want to give away too much before the show wraps! One thing is for sure, though — if Nicole didn't end up with Colton, she will be just fine on her own. With those Instagram captions, can you imagine her online dating profile? Total fire. Nicole will be just fine, no matter whether she gets Colton's very final rose and ring or gets sent home into the sunset.