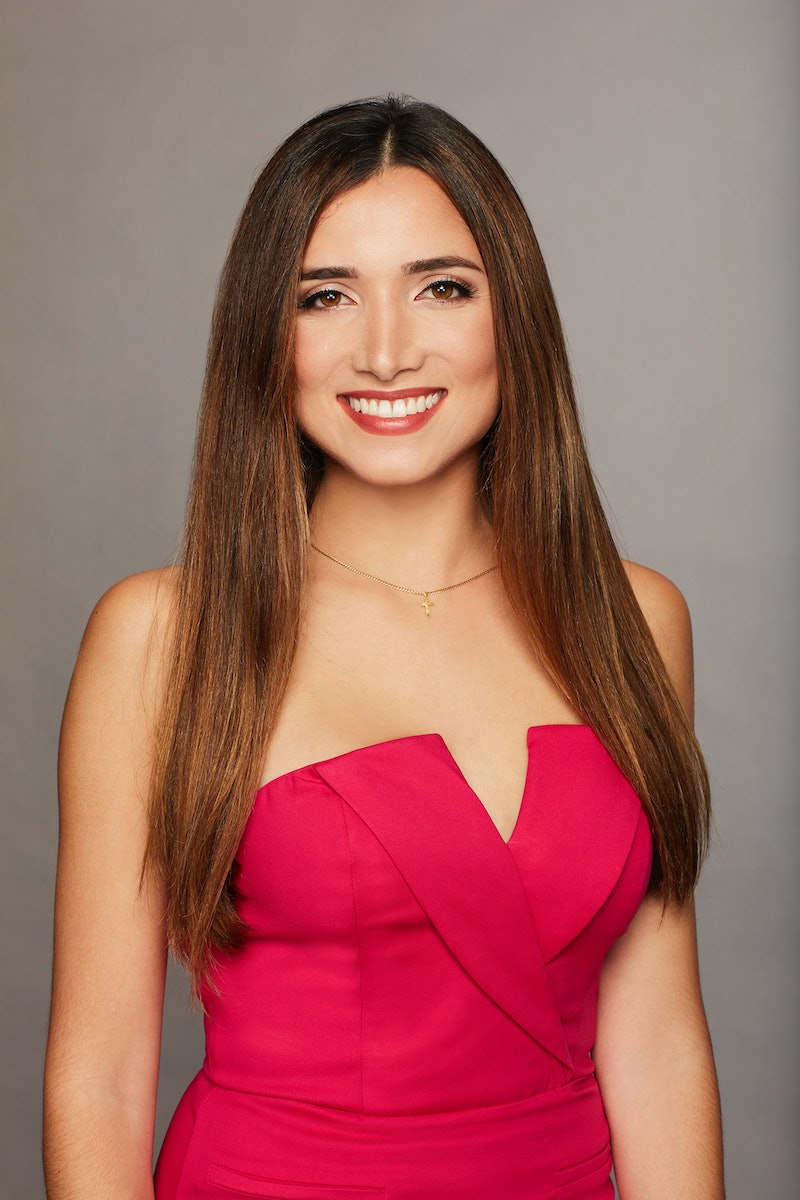 Following a turn on Becca's Bachelorette season and a stint in Paradise last year, it won't be long until Colton Underwood returns to the Bachelor franchise, but this time to embark on a solo journey to find love. Will his third try be successful? That's something Season 23 will look to explore, but in the meantime, all we can do is take a good look at the candidates vying for his heart to see who might be his best match. One contestant who seems promising is Nicole Lopez from Miami, Florida. Thankfully, finding out who Nicole is on The Bachelor is relatively easy even before the season starts to air, especially given her strong presence on social media.

So what makes Nicole a contender to catch Colton's eye? According to her official ABC bio, the 25-year-old is a social media coordinator, though her Instagram description says she's a digital journalist. Her bio also describes her as being "a fun and energetic Miami native who loves salsa dancing and singing a capella. Her family is originally from Havana, Cuba, and she's extremely proud of her roots. She lives at home with her brother, mom, and grandma and can't wait for Colton to try some of her grandma's cooking."

But while all of this is very interesting, there's one particular detail about Nicole that could separate her from the rest of her fellow contestants. When listing fun facts about herself, Nicole states that she has two dogs and a cockatoo named Popeye, who are described as being her life. You wanna know who also loves dogs?

These two could instantly bond over their love for their pets. In fact, one could argue that there's no better way to bring two people together. Her four-legged friends could help leave some very notable paw prints on Colton's heart when all is said and done.

Judging from her Instagram, she also appears to be extremely family-oriented, which we know is an important factor for Colton, too, and could give him even more incentive to get to know her better. Here's a throwback photo she posted in honor of Father's Day last year. Maybe Colton will eventually meet the man in this photo if things between him and Nicole go well.

So far those are the most notable characteristics about Nicole that could potentially give her a leg up in the competition. However, we'll have a much better idea of her odds once we see how the two of them interact upon first meeting one another on the night of the premiere. Will she be the lucky one to receive the First Impression Rose or maybe even get a kiss from the Bachelor himself? Fans will just have to tune in to find out one way or the other how their story plays out in the coming weeks, but if Nicole brings up her adorable pups, she may stand a good chance of sticking around and earning that coveted rose by night's end.