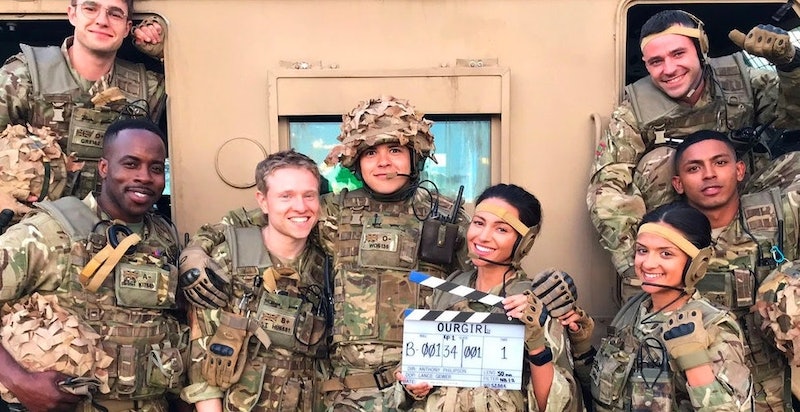 Our Girl returns to BBC One on March 24 and it couldn’t have come at a better time. As many of us face a future of unlimited evenings in, Season 4 of the hit show will provide some welcomed entertainment. Michelle Keegan returns for the last time as Georgie Lane and she’s joined by a whole host of new characters, including one related to a national treasure. Yes, David Attenborough's great nephew is appearing in Our Girl. This isn’t Will Attenborough’s first major part in a primetime drama and as his name suggests, he belongs to one of the biggest cultural dynasties in the UK, which also includes your favourite wildlife broadcaster.

As Georgie Lane returns to our screens for one last time she has lots of new recruits she’s training up for combat. Some key characters, like Captain James played by Ben Aldridge, won’t be coming back to Our Girl. However, the team is under new leadership. Will Attenborough joins the show as Lieutenant Hurst, the slightly out of his depth officer struggling to get the respect from the new troops. He’s tasked with leading Lane and the other soldiers into a war zone.

Before picking up the role of Lieutenant Hurst in Our Girl, Attenborough starred alongside Amandla Stenberg in Where Hands Touch. That wasn’t his only film to come out in 2018 as he also played Kaplan in Hunter Killer. Perhaps one of his biggest film credits to date, he took on the role of Royal Navy Lieutenant Howe in Christopher Nolan's Oscar award winning Dunkirk.

No stranger to British drama series, Attenborough appeared in series one and two of ITV’s Home Fires. He played James Lyden in Midwinter Of The Spirit and Josh in Holding The Baby all on ITV. He’s also appeared on the BBC before as Gloucester in The Hollow Crown: Henry IV Parts One and Two and Jacob Francis in Father Brown.

While Our Girl may be on its fourth series the new characters make it feel totally different to the ones that have come before. You can catch Attenborough alongside Keegan in Our Girl on BBC One at 9 p.m. on March 24.