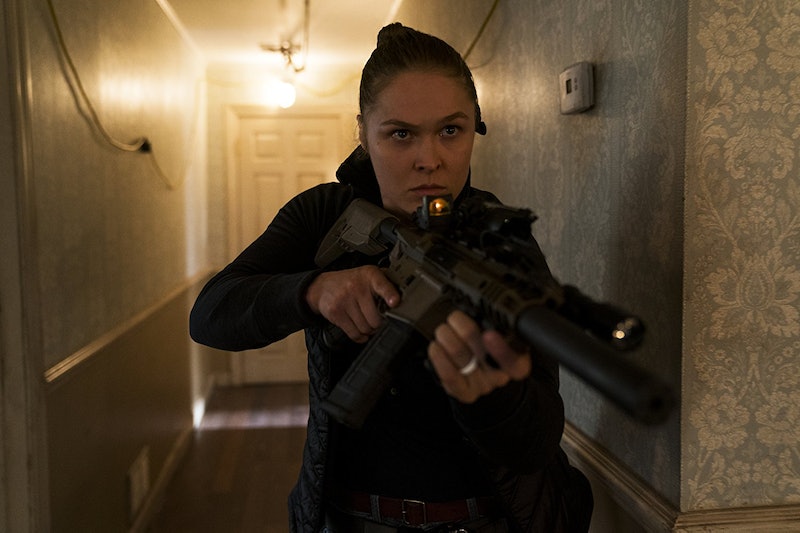 Mark Wahlberg has been in loads of films where he portrays some kind of elite soldier or assassin. From Shooter to Lone Survivor, the actor seems most at home on screen with a rifle in his hand. His latest is Mile 22, where he portrays CIA agent James Silva. Silva is a member of an elite unit of the CIA known as Overwatch, which is essentially a special forces team within the intelligence organization. But is Overwatch from Mile 22 real, or was it simply invented for the film?

It's not hard to see why one would believe that Mile 22 is based on a true story. After all, the three previous collaborations between Wahlberg and director Peter Berg — Lone Survivor, Patriot's Day, and Deepwater Horizon — are all based on true events. Mile 22, however, is not a true story, and there is no unit of the CIA known as Overwatch in real life. But that doesn't mean Silva's team from Mile 22 is entirely fictional. What's called Overwatch in the film is actually based on a real world CIA special forces unit known as Ground Branch, according to Military.com, and they're just as hardcore as what's seen in the movie.

Ground Branch is essentially the CIA's paramilitary branch, consisting of highly-trained and specially-selected individuals. "The CIA has a division called the Special Activities Division, and within that division a group called Ground Branch, which is their paramilitary action unit" Berg said in a promotional video for the movie from STXfilms.

The movie's screenplay was written by Lea Carpenter, who makes her screenwriting debut with the film. Carpenter was previously best known for her military-themed 2013 novel Eleven Days, and according to Wahlberg, she boasts CIA connections that helped her write an accurate film. "There are things that people will see [in the movie] and think, 'Oh, you saw this coming.' No, we just had a really smart writer and she’s really connected to real people in the CIA, Ground Branch and Overwatch," Wahlberg told The Hollywood Reporter.

In the film, Overwatch (AKA Ground Branch) is assigned to extract an intelligence asset out of an American embassy in Southeast Asia, transporting him 22 miles through hostile territory to an airfield where he can be flown out of the country. So why is this a job for the CIA rather than the U.S. Military? It all comes down to accountability. If the U.S. sends in the Marines, for example, that can cause problems as an unauthorized military operation — which may even be declared an act of war by the host country. But by sending in the equivalent of Ground Branch, the U.S. Government can simply deny any knowledge of the operation should problems arise. "What makes [Ground Branch] unique is that they can operate under the CIA’s Title 50 authority for covert action," writes SOFREP News' Jack Murphy. "This makes [Ground Branch] a deniable force, unlike active-duty SEALs, Rangers, or Delta operators." Ground Branch is currently active in Syria, where they are involved in operations against ISIS.

So even though there's not an actual CIA division known as Overwatch like in Mile 22, much of what that division does in the film is actually accomplished by the CIA's Ground Branch. Though, admittedly, Overwatch is a much cooler name.