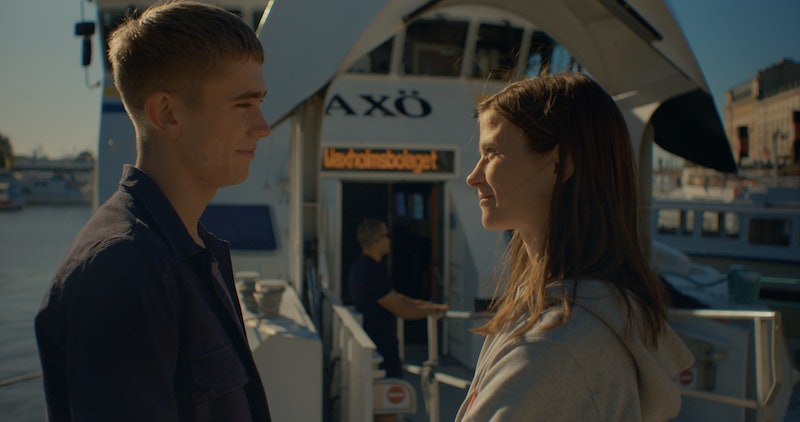 The tragedy that Netflix's newest thriller brings with it is one that sadly, Americans are all too familiar with. It follows narrator Maja Norberg as she stands trial for her involvement in a mass shooting at her elite Swedish prep school. The themes of the show, based on a book of the same name by Malin Giolito, seem rooted in today's unfortunate reality. But is Quicksand a true story?

It definitely doesn't appear to be — there isn't any indication that Maja's specific story is anything other than fiction. In general, Sweden has far fewer issues with mass shootings than the United States, so American Netflix viewers may come to Quicksand with a different perspective than those in Maja's country. As of 2012, according to United Nations data published by The Guardian, United States had seven times the gun homicide rate of Sweden.

School shootings are particularly rare in Sweden. In fact, there hasn't been a school shooting in the country since 1961, when one occurred at an after-school dance, Swedish outlet The Local reported. For context, CNN reports that at least 288 school shootings of varying severities have occurred in the United States since the beginning of 2009. And though Sweden has seen an increase in crime in recent years, according to Politico, traditionally its levels are still lower than that of the United States.

So, a series about a school shooting in Sweden may pack a very different punch than if the story had been set in America. It's no less heartbreaking when lives are lost, no matter where it happens, but Maja's story takes place in a country where students don't typically live in fear as they do in America.

In an interview with BookReporter.com, Giolito acknowledged that her experience was vastly different from that of an American's. "No, the situation in Europe is not comparable to the U.S.," she said. "There is violence in schools all over the world, obviously, but we have been more spared of that extreme form. Why, I couldn’t tell you. In Sweden, there has never been a 'proper' school shooting."

Instead of a specific real-life incident, Giolito told Shelf Awareness that she was intrigued by the closed-off nature of a shooting within a school. She wanted to explore something with that premise, but she knew it would be tough to do in a tasteful way.

"I couldn’t stop thinking about the crime. But it’s quite a difficult subject to write about, especially if you want to write a book people actually enjoy reading. I didn’t get anywhere until Maja came along," she said. "And I think the reason I wanted to write about a school shooting was not particularly the crime itself but the environment, that is, the school. It’s a very closed kind of environment. I think the book is about situations that you can’t control, and closed rooms."

Giolito's novel does reflect real life in some ways that she has experienced first-hand, though, particularly because of its themes of class, economic, and racial disparity. "I think that the fact that I grew up [in Maja's neighborhood] not as a rich kid has made me a good observer. Or I hope so," she continued. "I knew that I wanted to write a story about the way that our society looks today, with all the differences and the inequalities, and the growing gap between the people who are the richest and those who have the least, and I knew that this was my angle."

So while Quicksand is a narrative made up completely for Maja's own tale, it'll definitely resonate with viewers all over the world. Americans might just feel a little more ambivalent about consuming a show that hits so close to home.

More like this
'I Am Ruth' Will Hit Close To Home For Parents With Teenagers
By Maxine Harrison
Everything To Know About 'Monarch' Season 2
By Gretchen Smail
Is Blake Lively Or Penn Badgley The Richest 'Gossip Girl' Star From The OG Series?
By Hugh McIntyre
Jamie Dornan Just Shared A Major Update About 'The Tourist' S2
By Orla Pentelow
Get Even More From Bustle — Sign Up For The Newsletter