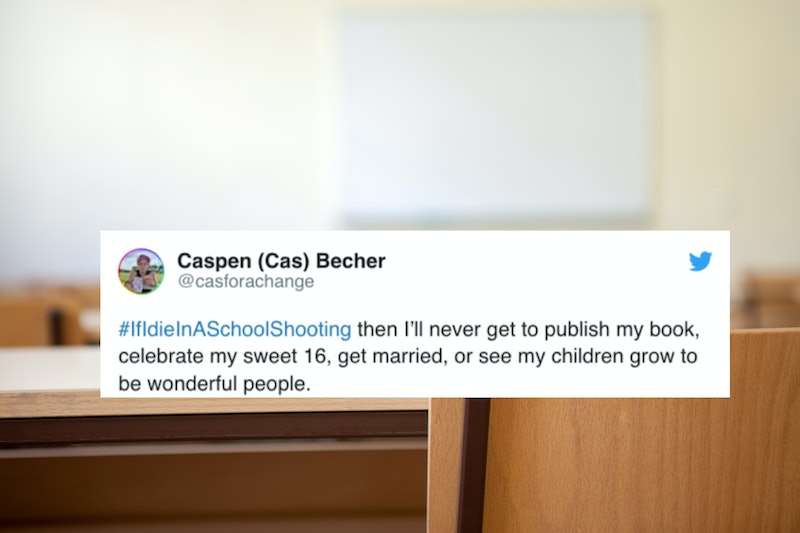 In late May, when students are expected to be thinking about summer vacations and future plans, high schoolers across the country tweeted about gun violence using the hashtag “If I die in a school shooting.” The hashtag trended on Twitter days after the shooting at Santa Fe High School in Texas, which killed eight students, two teachers, and wounded at least thirteen others.

Since that May 18 shooting, there have been 22 mass shootings in the United States, according to Gun Violence Archive, an independent non-profit organization dedicated to tracking gun violence statistics in the U.S. Currently, GVA is at the forefront of tracking gun violence for public record, more so than government agencies. This is due to the Dickey Amendment: a bill passed in 1996 which prevents the CDC from using government funds to advocate or promote gun control, including studying gun violence. In May 2018, a bill passed which allowed the CDC to study gun violence. However, some researchers are skeptical about its effectiveness given the lack of agreement on study funding.

There have been a staggering number of school shooting in the U.S., especially compared to other countries around the world. As per a CNN report published on May 21, there have been 288 schools shootings in the United States since 2009. In Canada, there have been two. In Germany, there has been one. In Japan, Italy, and the UK, there have been zero.

Soon, news feeds filled with the words of our nation’s students as they supposed what would happen, in the unfortunately all-too-common reality, should they die in a school shooting.

They wrote hoping that they would be the last. “I will spend my last moments alive praying that my little sister, who is in 6th grade, will not meet any type of similar fate as myself,” tweeted one person.

Many students also spoke of change. They tweeted about which organizations would be to blame for gun accessibility. They wrote about which politicians would have blood on their hands.

“If I die, I want my body to be 'thrown on the steps of the capitol building',” one tweet read, echoing the iconic words of AIDS activist David Wojnarowicz.

“I’ll be taking these tweets and sending them to Paul Ryan through letters, and to all the politicians who take money from the NRA,” Schneidawind told BuzzFeed.

On February 14, 2018, the shooting at Marjory Stoneman Douglas High School in Parkland, Florida shook the nation. Fourteen students and three staff members were killed. Seventeen other people were injured. It is now one of the deadliest mass shootings in the United States.

That is, of course, until the next mass shooting. And the next. And the shootings that are inevitably to follow, if history continues repeating itself as history is wont to do.

“If I died in a school shooting I would want my body delivered to Paul Ryan with a price tag on it,” 16-year-old Jordan Joseph told BuzzFeed News.

The shooting at Marjory Stoneman Douglas High School, as well as the shooting at Santa Fe High school, also activated a generation of gun control activists. Their voices joined a chorus of people who have been saying, for years, “Enough.”

It is unfortunate that this hashtag continues to be relevant, but it is encouraging that the choir of people adding their voices continues to grow louder. If you want to take part in the conversation and be a part of the generation that enforces real gun reform, here’s how you can tell congress you want to end gun violence.