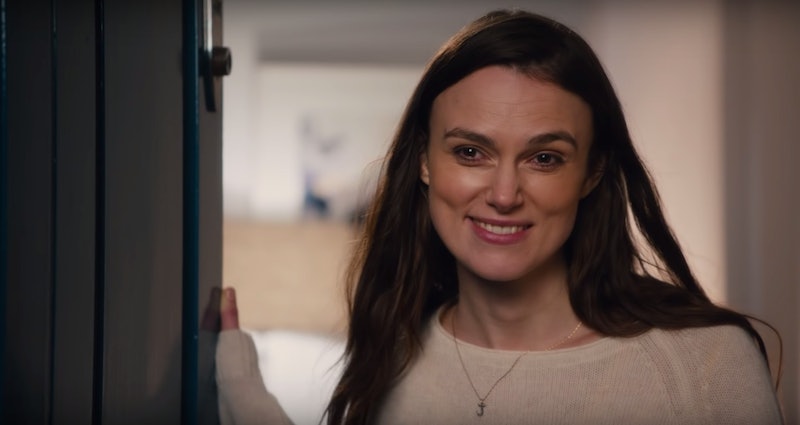 Love Actually is up there as one of the best British romantic comedies of all time, so back in 2017 when it was announced we'd be getting a follow-up, many fans of the original were absolutely delighted. However, there was a slight catch, as the sequel was in fact a one-off short film created in support of Comic Relief. The BBC special was aptly named Red Nose Day Actually, and starred many of the original cast. But is Red Nose Day Actually on Netflix?

The Comic Relief special is currently not available to view on the streaming service. I have reached out to Netflix for comment, and will update you with any information as soon as it becomes available — and just in case you haven't seen the short film yet, you might want to look away now as spoilers lie ahead. You have been warned.

According to Cosmopolitan, the 10-minute short film is set 13 years after the events of the original movie. The plot of Red Nose Day Actually centres around all our favourite Love Actually characters, and allows viewers to catch up with them more than a decade after the rom-com's cinematic release. In the film, we learn that Prime Minister David (Hugh Grant) is once again in power after being voted back into Number 10 — and love interest Natalie, played by Martine McCutcheon, is still very much part of his life. Walking Dead star Andrew Lincoln also re-appears in the TV special along with his famous cue cards. However, this time, after knocking on Juliette's (Keira Knightley) door, he uses the cards to introduce his new supermodel wife. Awkward.

The Oscar-winning Colin Firth is also back with a surprise as Jamie, along with his on-screen wife Aurélia (Lucia Moniz). The now 26-year-old Sam (Thomas Brodie-Sangster) is revealed to be living in New York, and during the Red Nose Day special he returns to London to visit his father, Daniel, who is portrayed by Taken star Liam Neeson. One notable cast member missing from the line-up is Emma Thompson. The actress played Karen in the original film, however Thompson declined to make an appearance in the sequel due to the death of her on-screen husband, Alan Rickman, the year prior.

Rickman sadly passed away back in 2016, and, as reported by the Radio Times, Thompson previously spoke about her decision to not take part. After being told by the short film's director, Richard Curtis, that he couldn't write any dialogue for her character due to Rickman's death, Thompson said: "No of course, it would be sad, too sad. It’s too soon. It’s absolutely right because it’s supposed to be for Comic Relief, but there isn’t much comic relief in the loss of our dear friend really only just over a year ago."

The Nanny McPhee star then added: "We thought and thought but it just seemed wrong but to revisit the wonderful fun characters of Bill Nighy and Hugh Grant and Liam (Neeson) and all of that. That’s fantastic but obviously what would he have done? Both of them would be in therapy by now and I would be working on some kind of ward. It was absolutely the right decision."