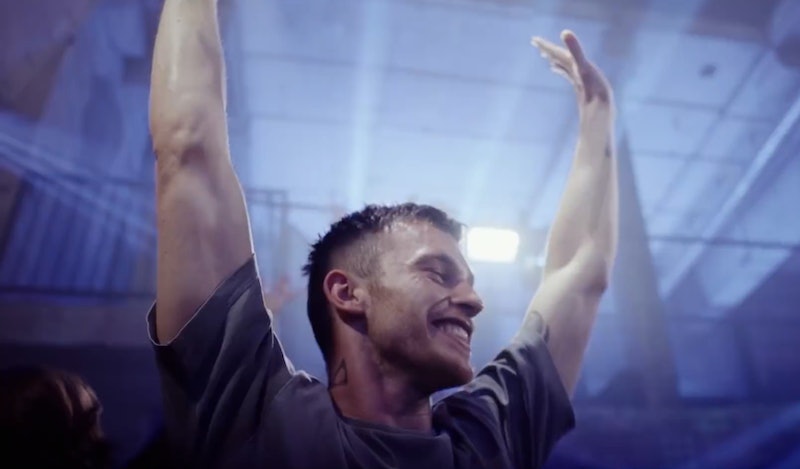 In Amazon’s new German-language series, Beat, Robert Schlag is tasked with helping police infiltrate the underground world of Berlin’s techno scene. It’s filled with long, wild nights, plenty of clubbing, and … an illegal organ smuggling ring? It’s an extreme premise, to be sure, but one just plausible enough to make you wonder if Robert Schlag is based on a real person.

By all appearances, Robert — and his story — are purely, 100 percent fictional, but there are certainly pieces of it that ring true. According to People magazine, creator Marco Kreuzpaintner lived in Berlin for 12 years and drew from a lot of his own clubbing experiences when crafting Beat's storyline. “I put all the memories about those 12 years onto a page,” Kreuzpaintner told the outlet. “I thought it was amazing that there was no show about Berlin’s famous nightlife.”

That being said, Jannis Niewöhner, the actor who stars as Robert (aka the titular Beat) noted that the techno scene isn’t interchangeable with the crime his character eventually finds himself entangled in. He explained that the clubs in Germany are “special places” where people can escape the worries of everyday life and feel free to be whoever they want to be. “What happens in the clubs has nothing to do with the world outside,” he said in the same interview. “It’s all about the music.”

Another piece of the story that has truth behind it, even if Beat isn’t actually a real person, is the subject of organ smuggling. As disturbing and outlandish as it might sound, organ smuggling is actually a pretty big deal. According to a report from the Independent, “transplant commercialism” is the act of buying and selling human organs, and is considered a serious crime in most countries. The publication goes on to say that people can be trafficked, held against their will, and operated on without their consent so that their organs can be sold.

The Independent further states that it’s difficult to quantify just how often this happens, but they estimate that 5 to 10 percent of worldwide organ transplants involve some money illegally changing hands. A report from the European Parliament also says that though trafficking human organs primarily used to happen in Southeast Asia, the practice has spread globally since 2000.

So yeah, that’s a pretty terrifying thing to put up against the backdrop of a fun, freeing techno club! But luckily, at least in the terms of Beat’s story, police are on the case. They’re using Robert and his connections in the club scene to get the inside scoop on this underground operation, and hopefully, he helps them to put a stop to the illegal practice before too many people fall victim.

It’s certainly a premise that has high-stakes drama built right into it, and the trailer looks action-packed. And as Beat is just one of the few German-language projects Amazon and other streaming services have picked up recently, it appears to be in good company.

More like this
Nicola Coughlan Shared A Lady Whistledown Excerpt From ‘Bridgerton’ Season 3
By Grace Wehniainen, Alyssa Lapid and Sam Ramsden
'Elite' Season 6 Is Arriving Sooner Than You Think
By Gretchen Smail and Grace Wehniainen
Devi Is Going To Meet A “Smoldering Bad Boy” In ‘Never Have I Ever’ Season 4
By Jack Irvin and Gabrielle Bondi
The ‘Emily In Paris’ Season 3 Release Date Is Here, Plus The First Footage
By Bustle Staff
Get Even More From Bustle — Sign Up For The Newsletter