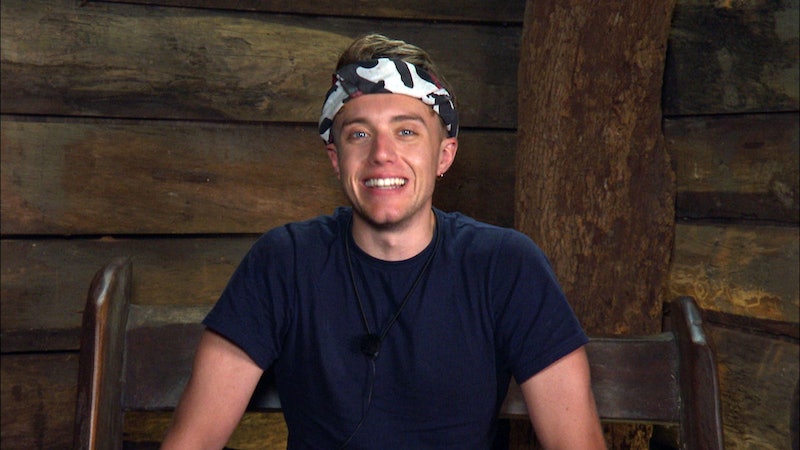 ITV's annual reality juggernaut I'm a Celebrity Get Me Out of Here is now well underway, and viewers are becoming accustomed to this year's lineup of celebrity campmates. Following a stomach-churning Bushtucker Trial, contestant Roman Kemp has already made quite the impression with fans of the long-running show. But what more is there to learn about I'm a Celebrity campmate? For example, is Roman Kemp related to Martin Kemp?

As The Sun reports, Roman Kemp is the son of Spandau Ballet singer Martin Kemp. However, his famous father isn't the only '80s legend in the family, as Roman's mother Shirlie was also part of the original Wham! lineup alongside lead singer, George Michael. Although currently working in London, the I'm a Celebrity star was born in Los Angeles, and following in his parents musical footsteps, Kemp signed a record deal with Universal Music at just 15 years old — before moving on to model for the likes of Topshop and ASOS. In 2014, the reality star began his own successful YouTube channel, however, Roman has since gone onto greater things, and now presents a hugely popular breakfast show on Capital FM.

Speaking before the ITV series kicked off, Kemp previously discussed how his parents had mixed feelings about his jungle stint. During an interview with the Mirror, the radio DJ revealed that although his dad "loves it," mother Shirlie was "really nervous" about his I'm a Celebrity appearance — however, Kemp went to say that "once she sees the show, understands it and grasps I am in there, I think she will be alright."

So, now the Capital FM host is finally in the famous camp, does he stand a chance of being crowned King of the Jungle? Well, according to William Hill, Kemp is most definitely an early favourite, and is currently the second most-likely to walk away victorious with odds of 7/2 — only behind Coronation Street's Andrew Whyment, who as iNews reports, recently joined the I'm a Celebrity camp alongside Call The Midwife's Cliff Parisi. Prior to arriving on the ITV hit, bookies favourite Whyment revealed that he's "always been a massive fan of the show," and described his jungle experience as being a "once in a lifetime opportunity."

Although the show's 19th run has only just got going, this year's celeb campers have already got viewers captivated, and I can't wait to see how the jungle shenanigans will unfold.

Watch I'm a Celebrity Get Me Out of Here every night at 9 p.m. on ITV1.